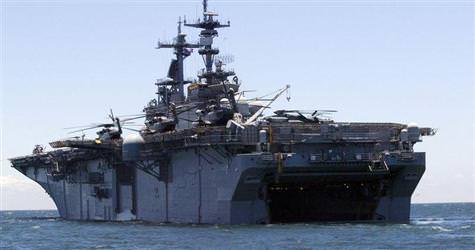 Turkey has offered four frigates, a submarine and a support ship to help enforce a NATO mission to enforce a U.N. arms embargo on Libya, the Western military alliance said on Wednesday.

The alliance had offers of 16 ships to implement a decision to launch the mission taken by NATO this week, NATO military officer Brigadier Pierre St Amand told a news briefing.

He said the ships included a command-and-control ship from Italy; 10 frigates -- including four from Turkey and one each from Britain, Spain, Greece, Italy, Canada and the United States; submarines from Spain, Italy and Turkey; and auxiliary ships from Italy and Turkey.

St Amand said the NATO mission was authorized to use armed force to enforce the embargo.

While agreeing to enforce the arms embargo, NATO nations have yet to agree to take part in a no-fly zone over Libya and whether the alliance should have a leading role in the international mission.

Turkey, a Muslim state and a NATO member, says the air campaign over Libya led by France, the United States and Britain has already gone beyond the scope of last week's U.N. Security Council resolution. There was no immediate word of whether Ankara would accept a compromise at NATO on Wednesday.