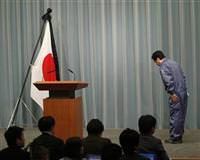 Radioactivity levels are soaring in seawater near the crippled Fukushima Daiichi plant, Japan's nuclear safety agency said on Saturday, two weeks after the nuclear power plant was hit by a massive earthquake and tsunami.

Even as engineers tried to pump puddles of radioactive water from the power plant 240 km (150 miles) north of Tokyo, the nuclear safety agency said tests on Friday showed radioactive iodine had spiked 1,250 times higher than normal in the seawater just offshore the plant.

Officials said iodine 131 levels in seawater 30 km (19 miles) from the coastal nuclear complex were within acceptable limits established by regulations and the contamination posed little risk to aquatic life.

"Ocean currents will disperse radiation particles and so it will be very diluted by the time it gets consumed by fish and seaweed," said Hidehiko Nishiyama, a senior official from Japan's Nuclear and Industrial Safety Agency.

Despite that reassurance, the disclosure may well heighten international concern over Japanese seafood exports. Several countries have already banned milk and produce from areas around the Fukushima Daiichi plant, while others have been monitoring Japanese seafood.

The prolonged efforts to prevent a catastrophic meltdown at the plant have also intensified concerns around the world about nuclear power. U.N. Secretary-General Ban Ki-moon said it was time to reassess the international atomic safety regime.

Radioactive water was found in buildings housing three of the six reactors at the crippled plant. On Thursday, three workers sustained burns at reactor No. 3 after being exposed to radiation levels 10,000 times higher than usually found in a reactor.

The crisis at the nuclear plant has overshadowed the massive relief and recovery effort from the magnitude 9.0 quake and the huge tsunami it triggered on March 11 that left more than 27,500 people dead or missing in northeast Japan.

The U.S. Department of Energy said on its website (here)

that no significant quantities of radiological material had been deposited in the area around the plant since March 19, according to tests on Friday.

Nishiyama said Japanese agencies were trying to work out ways of "safely bailing out the water so that it does not get out into the environment, and we are making preparations."

He initially said the high radiation reading inside reactor 3, where the workers were injured, could indicate damage to the reactor. He later said it could be from venting operations to release pressure or water leakage from pipes or valves.

"There is no data suggesting a crack," Nishiyama said. Reactor number 3 is the only one of the six that uses a fuel mixture of plutonium and uranium. Plutonium is the most deadly radioactive isotope.

More than 700 engineers have been working in shifts to stabilize the plant and work has been advancing to restart water pumps to cool their fuel rods.

Two of the plant's reactors are now seen as safe but the other four are volatile, occasionally emitting steam and smoke. However, the nuclear safety agency said on Saturday that temperature and pressure in all reactors had stabilized.

When TEPCO restored power to the plant late last week, some thought the crisis would soon be over. But lingering high levels of radiation from the damaged reactors have hampered progress.

At Three Mile Island, the worst nuclear power accident in the United States, workers took just four days to stabilize the reactor, which suffered a partial meltdown. No one was injured and there was no radiation release above the legal limit.

At Chernobyl in Ukraine, the worst nuclear accident in the world, it took weeks to "stabilize" what remained of the plant and months to clean up radioactive materials and cover the site with a concrete and steel sarcophagus.

Japanese Prime Minister Naoto Kan said on Friday the situation at Fukushima was "nowhere near" being resolved, although his chief cabinet secretary sounded a cautiously optimistic note the next day.

"We are preventing the situation from worsening -- we've restored power and pumped in fresh water -- and making basic steps toward improvement but there is still no room for complacency," Yukio Edano told a news briefing.

An official at the Science Ministry, however, confirmed that daily radiation levels in an area 30 km (18 miles) northwest of the stricken plant had exceeded the annual limit. But experts say it is still below levels of exposure from medical X-rays.

The Japanese government has prodded tens of thousands of people living in a 20 km-30 km (12-18 mile) zone beyond the stricken complex to leave. Chief Cabinet Secretary Yukio Edano said the residents should move because it was difficult to get supplies to the area, and not because of elevated radiation.

Kazuo Suzuki, 56, who has moved from his house near the plant to an evacuation center, said neighbors he had talked with by telephone say delivery trucks won't go to the exclusion zone because of radiation worries.

"So goods are running out, meaning people have to drive to the next town to buy things. But there is a fuel shortage there too, so they have to wait in long queues for gasoline to use the car."

In Japan's northeast, more than a quarter of a million people are in shelters. Exhausted rescuers are still sifting through the wreckage of towns and villages, retrieving bodies.

Amid the suffering, though, there was a sense the corner was being turned. Aid is flowing and phone, electricity, postal and bank services have resumed, though they can still be patchy.