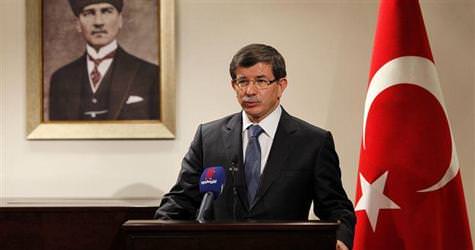 Having been at odds with France over ensuring NATO take full control of military operations in Libya, tomorrow’s conference in London is expected to include Turkey in a committee in charge of guiding operations.

After days of disagreement with France over the bombing of Libyan targets, Turkey has now initiated a conference to be held in London tomorrow which will include the Arab League and the African Union. Turkey is expected to be included in a committee dealing with political leadership of operations, which will be established tomorrow.
HUMANITARIAN AID IS A PRIORITY
After the Libya meeting called for by French President Nicholas Sarkozy held in Paris, now for the first time, the international community will be meeting to handle the issue of humanitarian aid and civilians. Prior to tomorrow's conference, England sent out invitations to over 60 nation's Foreign Affairs Ministers. Although the exact number of participants has yet to be determined, for the first time the African Union and the Arab League is expected to have a presence in a meeting held between with Western powers for the same objective.
Minister of Foreign Affairs Ahmet Davutoğlu will be representing Turkey in tomorrow's meeting, in which a committee will be formed consisting of nation's that are closely involved in guiding operations in Libya. Turkey's participation in the aforementioned committee is deemed guaranteed. During an address to be delivered at tomorrow's conference, Davutoğlu plans to deliver the following five messages to the international community.
DAVUTOĞLU'S MESSAGES
1- The integrity of Libya's land must be protected. 2- Civilian safety must be minded. 3- These operations must not transform into occupation. 4- The sole command and control should be retained by NATO, however support should also be granted by countries in the surrounding region. 5- The international community must provide support for humanitarian aid.