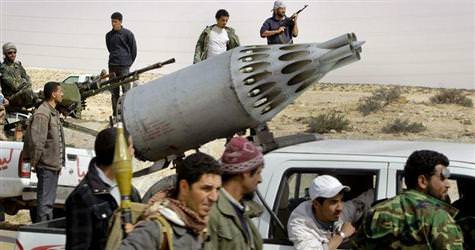 A Libyan rebel spokesman, responding to a Turkish effort to negotiate a ceasefire, said on Thursday the rebels rejected talks with Libyan leader Muammar Gaddafi and demanded he leave power.

Turkish Prime Minister Tayyip Erdogan said earlier that Turkey was working on a "road map" to end the war in Libya which would include a ceasefire and the withdrawal of Gaddafi's forces from some cities. Turkey has held talks with envoys from Gaddafi's government and representatives of the opposition.

Bani said Erdogan was expressing his "personal interest because we have established our position and previously said there are no talks before Gaddafi and his family step down or leave. I think (Erdogan) is not speaking in the interests of the Libyan or Turkish people but only in his personal interest."