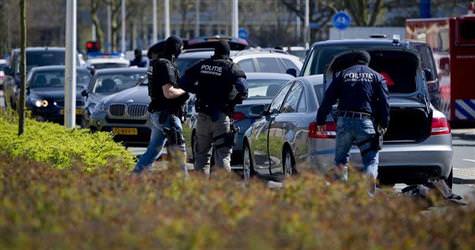 Six people were killed and at least 13 injured in a shooting incident at a shopping mall in the Dutch town of Alphen aan den Rijn on Saturday, the town's mayor told reporters.

"A man with an automatic weapon, whose identity we cannot reveal, started shooting and killed five people and then himself," mayor Bas Eenhoorn told reporters. "Four people were very badly injured, five mildly wounded, and at least two slightly injured."

Eenhoorn called the shooting "unprecedented" and said there were a large number of people in the shopping center when the shootings occurred.

Dutch ANP news agency quoted a pet shop owner in the mall as saying the gunman emptied an automatic weapon at nearby people and then shot himself in the head.