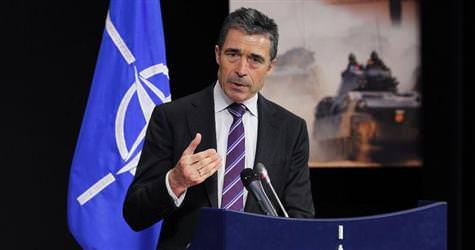 NATO Secretary General Rasmussen has begun to state that there is no military solution to the crisis in Libya and begins to call for a political solution.

HOPE LIES IN DIPLOMACY
Sharing with Germany's Der Spiegel newspaper, in what seemed to be a confession; Rasmussen stated that a military operation would not solve the Libya issue and that a solution must be searched for by diplomatic means. Rasmussen states, "We need a political solution. This is a task up to the Libyan public.
TURKEY'S PLAN ON THE AGENDA
With Rasmussen's announcement all eyes have turned towards diplomatic traffic. Turkey's peace plan will be put to the table at the first meeting of the Libya Contact Group to be held in Qatar on Wednesday. Meanwhile, it has been learned that Gaddafi has accepted a similar peace plan penned by the African Union.