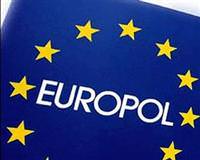 The United States has frozen the assets of five PKK leaders including Remzi Kartal and Cemil Bayık for drug trafficking.

Turkey's intensive foreign policy efforts have reaped its fruit by way of hitting the PKK with a hard blow. Members of the terrorist organization's leader staff, Remzi Kartal, Cemil Bayık, Duran Kalkan, Sabri Ok and Adem Uzun were added by the United States on April 20th to a list of specially designated drug kingpins for their involvement in narcotics trafficking. As a result, these individuals' assets in the United States have been frozen.
In 2008, the American Treasury Ministry and the Department of Trafficking and Organized Crimes as well as the Drug Prevention Agency announced the PKK as being a first degree narcotics trafficking organization. This announcement resulted in the entire world issuing sanctions against the PKK.
Turkey shared with the United States all intel gathered on Remzi Kartal, Cemil Bayık, Duran Kalkan, Sabri Ok and Adem Uzun's connections with narcotics. As a result, on Aril 20th, the United States added their names to the Kingpin list, resulting in the freezing of their assets and sanctions on any commercial transaction with U.S. citizens. Anyone who infringes on these sanctions will face heavy penalization and legal ramifications.
Acting Under Secretary of Treasury for Terrorism and Financial Intelligence David S. Cohen called the decision, 'striking at the heart of Kongra Gel."
EU : THE PKK ARE WEAPONS-HUMAN TRAFFICKERS
EUROPOL has released their 2011 European Union Terrorism Situation and Trend Report. The report states, "The large number of PKK militants living in the EU and the continuing support activities in the EU, like large demonstrations organized in the past, show that the PKK in a position to mobilize its constituency at any time and is an indication that it maintains the capability to execute attacks in the EU at any time."
The Europol report states that the PKK/KONGRA-GEL continues to conduct human and narcotics trafficking and to collect funding. The 46-page report goes on to make the following assessments.
Even if terrorist and organized crime groups have different objectives, it appears that the connection between both in criminal activities is growing. Organized crimes are readily used to finance terrorist activities. Groups such as PKK/KONGRA- GEL, are engaging in human and narcotics trafficking in order to increase their finances for terrorist activities.
Member states are witnessing events staged by PKK/KONGRA-GEL supporters in order to collect donations and are effectively intervening.