A ‘B Plan’ for Syria 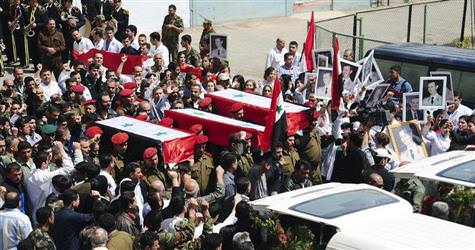 As events in Syria intensify, Ankara sets out to discuss a very confidential ‘B Plan.’

While Ankara's 'A Plan' for Syria, which envisioned a transition to democracy via a series of reforms appears to have been left by the wayside, a 'B Plan' is soon to be put to action.
This plan, which includes the possibilities of turmoil in Syria, civil war and migration, will be discussed by the National Security Council tomorrow.
SURVEILLANCE CLOSE TO THE BORDER
The scenario prepared by the Prime Ministry, General Staff, Internal Affairs and National Intelligence Agency under the Ministry of Foreign Affairs' coordination foresees the following measures: Surveillance close to the border, reinforcing security stations, and reinforcing the region with mine sweeping machinery.
REFUGEE CAMPS TO CONTROL MIGRATION
Camps will be prepared in Hatay, Şanlıurfa, Kilis and Mardin in order to be prepared for mid-scale migration. The Red Crescent will also begin preparations and pilot hospitals will be designated.