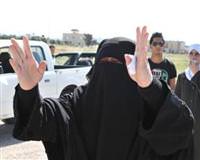 Security forces deployed in a suburb of the Syrian capital and in the city of Banias on Tuesday, witnesses said, even as President Bashar al-Assad drew international criticism for sending in tanks to crush a revolt.

In Deraa, the city where the uprising against Assad's 11-year rule began, authorities sent in tanks on Monday and witnesses said the army was firing randomly and bodies were lying on the streets.

International criticism of Assad's crackdown, now in its sixth week, was initially muted but escalated after the death of 100 protesters on Friday and Assad's decision to storm Deraa, which echoed his father's 1982 suppression of Islamists in Hama.

The European Union is discussing possible sanctions against Syria, a diplomat said, and European governments urged Syria to end the violence. The White House is also considering sanctions on senior officials that could include a freeze of assets.

"We send a strong call to Damascus authorities to stop the violent repression of what are peaceful demonstrations," Italy's Prime Minister Silvio Berlusconi said on Tuesday at a joint news conference with French President Nicolas Sarkozy in Rome.

Britain's Defense Secretary Liam Fox called for reform in Syria but said there were limits to what other countries could do to halt the violence against anti-government protesters.

More than 2,000 security police were deployed in the Damascus suburb of Douma on Tuesday, manning road blocks and checking the identity of residents, a witness told Reuters.

The witness, a former army member who did not want to be identified, said he saw several trucks in the streets equipped with heavy machineguns and said men who he believed were members of the plain clothes secret police were carrying assault rifles.

Bus loads of soldiers, who he believed to be Republican Guards, in full combat gear also began deploying the suburb.

Security forces also deployed in the hills around the coastal city of Banias, where demonstrators chanted: "The people want the overthrow of the regime," a human rights activist said.

Residents in Deraa, reached by telephone, said black smoke was rising from every part of the city and that heavy artillery and Kalashnikov rounds were heard from the Old City.

"In the street I am in there are around 10 tanks. Their aim is just to destroy and destroy ... They are shelling homes and demolishing them," said Abu Khaldoun.

"Maher al-Assad's forces have spread everywhere and with their roadblocks Deraa has become a big prison. You cannot go out without endangering your life," said his cousin, Abu Tamer. "They are rounding up dozens of people and arresting them."

Syrian rights organization Sawasiah said at least 35 civilians had been killed there since Monday.

It said security forces had shot dead 400 civilians during the campaign to crush the uprising against Assad's rule. Another 500 people have been arrested in the past two days, it said.

Washington said on Monday it was studying targeted sanctions against Syria, while in Turkey, Syrian opposition figures pleaded for international help.

"Our friends in the West, in Turkey, in the Arab world, if they want to help us, then they can do that by ... putting the clearest possible pressure on the Syrian regime to stop targeting civilians," Anas Abdah, the British-based chairman of the Movement for Justice and Development, told Reuters.

Turkey said it was sending an envoy to meet Assad.

Activists said the military move showed Assad had decided on force, not reforms, to deal with protests inspired by Arab uprisings which toppled the leaders of Egypt and Tunisia.

Ali Al Atassi, an activist whose father was jailed for 22 years under Hafez al-Assad, said "another Hama" was impossible, referring to the 1982 crackdown which killed thousands.

"This regime doesn't understand that the world has changed, that the Arab region has changed and that the Syrian people has changed. They are still locked in the past and those who don't change at the right moment, they will be forced to change."

Last week Assad lifted Syria's 48-year state of emergency and abolished a hated state security court. But the next day 100 people were killed during protests across the country.

Despite deepening his father's alliance with Iran, clawing back influence in Lebanon and backing militant groups Hezbollah and Hamas, Assad has kept Syria's front line with Israel quiet and held indirect peace talks with the Jewish state.

Criticism of his crackdown was restrained at first, partly because of fears that a collapse of Assad's minority Alawite rule might lead to sectarian conflict in the majority Sunni state, and because Washington had hoped to loosen Syria's alliance with Iran and promote a peace deal with Israel.

Arab states, some of them putting down protests on their own soil, also refrained from criticizing Assad, though the 22-member Arab League said on Tuesday pro-democracy demonstrators across the region "deserve support, not bullets."