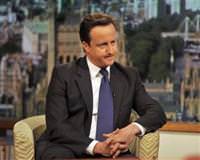 Governments and leaders praised the killing of Osama bin Laden as a dramatic success in the war against al Qaeda that would make the world a safer place, but in some parts of the globe worried residents were bracing for revenge.

"The death of bin Laden marks the most significant achievement to date in our nation's effort to defeat al Qaeda," President Barack Obama said in a televised address at the White House. Outside, a raucous crowd gathered to celebrate, singing patriotic songs and chanting U.S. slogans.

The killing of bin Laden was also hailed by George W. Bush, who was U.S. president on September 11, 2001 when airliners hijacked by al Qaeda slammed into the Pentagon and the twin towers of New York's World Trade Center -- an attack that traumatized the nation and defined the history of the past decade.

"This momentous achievement marks a victory for America, for people who seek peace around the world, and for all those who lost loved ones on September 11, 2001," Bush said.

"The fight against terror goes on, but tonight America has sent an unmistakable message: No matter how long it takes, justice will be done," he said in a statement.

Scores of people also gathered at the Ground Zero site of the twin towers, some waving U.S. flags. New York Mayor Michael Bloomberg said in a statement he hoped the news would "bring some closure and comfort to all those who lost loved ones."

"Osama bin Laden was responsible for the worst terrorist atrocities the world has seen," Cameron said in a statement. "It is a great success that he has been found and will no longer be able to pursue his campaign of global terror."

European Parliament President Jerzy Buzek said: "We have woken up in a more secure world."

The news was greeted with celebrations in Israel, a country regarded as a bitter enemy by many Muslims who are also outraged by Western backing for it.

"This is a resounding triumph for justice, freedom and the values shared by all democratic nations fighting shoulder to shoulder in determination against terrorism," Prime Minister Benjamin Netanyahu said.

A market perception that the death of bin Laden reduced the security risks facing the United States lifted the dollar from a three-year low and raised stock index futures.

Obama noted in his announcement that the death of bin Laden by no means meant the threat from al Qaeda was over.

"There's no doubt that al Qaeda will continue to pursue attacks against us," he said. "We must and we will remain vigilant at home and abroad."

In Afghanistan, which U.S.-led forced invaded in 2001 to root out bin Laden and the militant Taliban who sheltered him, President Hamid Karzai called on the Taliban to refrain from fighting.

"The Taliban must learn a lesson from this. The Taliban should refrain from fighting," Karzai told a news conference.

Most analysts agreed that although the killing of such an inspirational figurehead would deal a blow to his followers' morale, bin Laden had not had any significant practical role in the organization for years. Al Qaeda works in a decentralized way so the direct impact of bin Laden's death would be limited.

While their leaders were proclaiming that the world had become safer, many countries were preparing their citizens for the worst.

"Given the uncertainty and volatility of the current situation, U.S. citizens in areas where events could cause anti-American violence are strongly urged to limit their travel outside of their homes and hotels and avoid mass gatherings and demonstrations," the State Department said in a statement.

Australia issued a similar warning. In countries with significant Muslim populations, international schools, embassies and other potential targets were putting extra security measures in place in case of reprisals.

India, whose ties with Pakistan are strained, was one of the more ambivalent countries to the news. India has long accused its neighbor of allowing terrorist groups to operate unhindered on its soil.

A statement from India's foreign ministry praised the killing of bin Laden as a "victorious milestone," adding: "The struggle must continue unabated." But a home ministry statement pointed to the fact that far from hiding in a remote cave, bin Laden was found in a mansion 60 km (35 miles) from Islamabad.

This, it said, raised "concern that terrorists belonging to different organisations find sanctuary in Pakistan."