Searched for in the mountains, found in a chateau 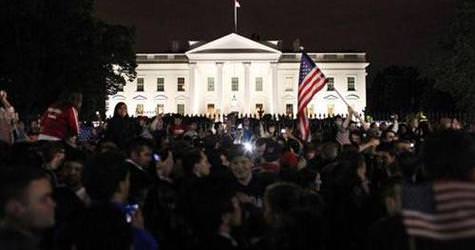 The hunt, which began following the twin towers attack on September 11th, finally came to a halt the night before last as the infamous terrorist Osama Bin Laden was captured dead.

The United States has been seeking out Osama Bin Laden in Tora Bora for the past ten years. In the end, the infamous terrorism mastermind was murdered in a residence secured like a castle in Pakistan.
By following a private courier, Al Qaeda leader Osama Bin Laden was tracked down to be residing in a million-dollar villa located in Abbotabad near a military base. Obama ordered the attack, which resulted in the onset of a CIA operation. In the early morning hours of the night before last, four helicopters carrying USA commando teams departed the Gazi base.
ONE BULLET TO THE HEAD
A Special Forces team approached the house which was strongly secured with a series of walls. The raid lasted a total of 40 minutes. Bin Laden was shot with a single bullet to the head, which killed him. Laden's son Hamza, two other men and a woman were also killed. In conflict, one U.S. helicopter was destroyed. The three remaining helicopters returned with Laden's body.
According to U.S. authorities, Bin Laden's death was verified through DNA testing. Bin Laden's body was then wrapped in a white shroud and thrown into the sea following prayers read in Arabic. The reason behind this form of burial was stated as being due to no other country wanting to bury him on their land and in accordance to Muslim beliefs; a corpse must be buried within 24 hours.
Celebrations in front of the White House
As news spread of Osama Bin Laden's death, Americans hit the streets waving flags in celebration. Hundreds gathered in front of the White House, while thousands came out to Ground Zero to pay respect to those killed in the attacks staged on the twin towers.
THE WORLD IS SAFER NOW…
The death of Al Qaeda leader Osama Bin Laden has resulted in responses worldwide as well as from Turkey.
President Gül: I am greatly pleased.
European Union: A great success. The world has become a safer place.
English Prime Minister Cameron: Bin Laden's death will bring great relief to people across the world.
German Prime Minister Merkel: I am pleased Bin Laden was killed.

Turkey is pleased…
President Abdullah Gül: This shows that in the end, terrorists and leaders of terrorist organizations will eventually end up being captured, dead or alive. The fact that one of the world's most dangerous and sophisticated terrorists was captured in this manner should be a lesson to everyone. I am greatly pleased.
Speaker of the Parliament Mehmet Ali Şahin: Those who live by the sword die by the sword. Anyone with a brain knows that no one will get anywhere with terrorism. Of course, the fact that the person in question was captured dead is significant in strongly making the point once again that no one can get anywhere with terrorism.
Minister of Foreign Affairs Ahmet Davutoğlu: Turkey is a country that has played a role in the struggle against terrorism. Osama Bin Laden was extremely destructive especially in connecting Islam to terrorism.
Deputy Prime Minister Bülent Arınç: We consider terrorism to be a crime against humanity. There is no way that terrorism can have a religion, faith, color, gender or ethnicity. The fact that Muslims are connected in any way to terrorism has disturbed us greatly both today and in days passed.