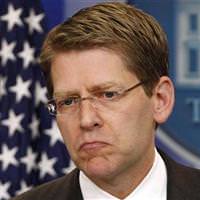 The Obama administration wrestled on Tuesday with releasing what it called a gruesome image of Osama bin Laden's corpse, even as militants started questioning whether U.S. forces really killed him.

Different parts of the Obama administration offered differing views, with CIA Director Leon Panetta saying there was never any doubt that ultimately a photograph of the al Qaeda leader would be released to the public.

But, signaling an intense internal debate was under way, the White House insisted no decision had yet been taken and noted the graphic nature of the imagery.

"It's fair to say that it's a gruesome photograph," said White House spokesman Jay Carney, appearing to refer to an image of bin Laden taken shortly after a U.S. strike team killed him at his Pakistani compound.

"I'll be candid. There are sensitivities here in terms of the appropriateness of releasing photographs of Osama bin Laden."

The disclosure of images could provide further closure to Americans nearly a decade after the September 11, 2001, attacks that he masterminded. It could also disprove naysayers doubting the death of bin Laden, who was shot in the head and chest at a fortified compound outside of Islamabad.

But critics say such photos are distasteful and if the Obama administration releases them, they could offend Muslims and be exploited by extremists.

"What we don't want to do is to release anything that might be either misunderstood or that would cause other problems," said President Barack Obama's top counter-terrorism adviser, John Brennan, speaking on National Public Radio.

So far the White House has released only photos of Obama, Secretary of State Hillary Clinton, Vice President Joe Biden and other administration officials as they received live updates on the raid on bin Laden.

The Afghan Taliban on Tuesday called reports of bin Laden's death "premature," saying the United States had not provided sufficient evidence he was killed. The Taliban harbored bin Laden in southern Afghanistan before and immediately after the September 11 attacks.

Panetta, nominated by Obama to take over as defense secretary, acknowledged concerns and questions "that had to be debated" about the potential impact of releasing the photos.

"But the bottom line is that, you know, we got bin Laden and I think we have to reveal to the rest of the world the fact that we were able to get him and kill him," he told NBC in an interview recorded before Carney made remarks to reporters.

Senate Intelligence Committee Chairwoman Dianne Feinstein acknowledged some value in releasing images to provide proof that bin Laden was dead. But at the same time, she said: "I just don't see a need to do it," pointing to the DNA evidence.

Senate Majority Leader Harry Reid said, "I personally think it's morbid and I'm not one that's going to be yelling to make the photo public."

"But this decision will have to be made by the president," Reid, a Democrat, said.

Releasing photos of the burial at sea could be less controversial than images of bin Laden's corpse just after his death.

At the funeral service, his shrouded body was placed in a weighted bag and eased into the north Arabian Sea. Religious remarks were translated into Arabic and read aloud, the U.S. military said.

Still, some analysts warned that objections from Muslim clerics to the sea burial could stoke anti-American sentiment.

The clerics questioned whether the United States properly followed Islamic tradition, saying Muslims should not be buried at sea unless they died during a voyage.

U.S. officials have offered various reasons for the at-sea burial, including the need to bury him within 24 hours according to Islamic custom. Others have said it would prevent bin Laden's grave from becoming a shrine.