Danger continues to escalate at Fukushima 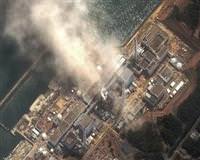 Tokyo Electric Power Co, the operator of the Fukushima Daiichi nuclear power plant disabled by the March 11 earthquake and tsunami, confirmed on Tuesday that there were meltdowns of fuel rods at three of the plant's reactors early in the crisis.

It had said earlier this month that fuel rods in the No.1 reactor had melted, but officials of the utility, known as Tepco, confirmed at a news conference that there were also meltdowns of fuel rods at the plant's No.2 and No.3 reactors early in the crisis.

Engineers are battling to plug radiation leaks and bring the plant northeast of Tokyo under control more than two months after the 9.0 magnitude earthquake and deadly tsunami that devastated a swathe of Japan's coastline and tipped the economy into recession.

The disaster has triggered a drop of more than 80 percent in Tokyo Electric's share price and forced the company to seek government aid as it faces compensation liabilities that some analysts say could top $100 billion.

The Tepco officials said damage to the No.2 reactor fuel rods began three days after the quake, with much of the fuel rods eventually melting and collecting at the bottom of the pressure vessel containing them.

Fuel rods in the No.3 reactor were damaged by the afternoon of March 13, they said.

They repeated that the tsunami that followed soon after the quake disabled power to the reactors, knocking out their cooling capabilities.