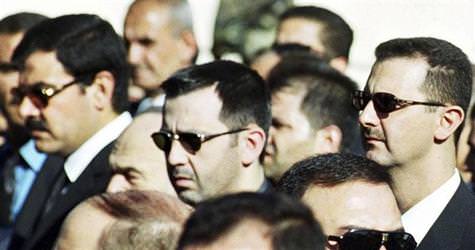 The man responsible for staging operations where Syrian dissidents are being slaughtered, Maher Assad, is receiving support from Iran’s Intelligence Agency, Savama .The two nations’ intelligence agencies are working together on an operation directed at Syrian regime dissidents in Turkey. Meanwhile, once again, media from both countries are slandering Turkey.

SABAH has acquired the details of a course of action strategy by State Leader Bashar al-Assad's brother, Maher Assad, who is responsible for staging mass executions in an attempt to curtail the public uprising. While Maher Assad is using military intelligence and the counter guerilla organization Shabbiha for staging operations within the country, he appears to be using these intelligence organizations to track Assad dissidents outside of the country.
According to intelligence reports, in order to suppress the opposition, Maher Assad is receiving support from the Iranian Intelligence Agency. According to sources, at one point in the past, Maher Assad's had agreed with Iran's Revolutionary Guard for a tune of 5,000 dollars a month. Now it appears both the Iranian Intelligence Unit Savama and Syrian Intelligence Unit Mukhabarat are staging joint operations targeting the Anti-Assad movement outside of the country.
CEMAL, NURİ AND ABBAZ...
The Syrian opposition convened in Turkey for a conference held from May 31st to June 1st in Antalya as well as on May 14th in Gaziantep, on June 3rd in Istanbul and June 12th in Ankara. However, each one of these meetings was obstructed by supporters of Assad's regime. On June 10th, dissidents gathered in front of the Ankara embassy to protest the Assad administration, upon which approximately 20 Assad supporters came out to shout slogans in support of the Syrian leader. The uproar between the two groups had to be contained by police officers. According to sources, it was two Mukhabarat members named Cemal and Nuri that organized pro Assad demonstrations in Gaziantep and Ankara and in Antalya; the opposition conference was obstructed by Pro-Assad supporters which had been organized by an individual named Abbaz operating for Savama. These individuals supposedly entered Turkey in April, and since then have been closely tracking members of the Syrian opposition in Turkey's cities such as Hatay, Adana, Kilis, Gaziantep and Istanbul. There are supposedly almost 2,000 Assad dissidents in Turkey.
PROPAGANDA FOR THE NUSAYRI'S
Savama and Mukhabarat have also been using four Universities, including Istanbul University in order to control the Syrian opposition in Turkey. Supposedly there are also university students in play that are known as Iran and Khomeini supporters. With the number of refugees fleeing to Turkey increasing, Mukhabarat has no reached out to the Nusayri's, who are located in Samandağı, Hatay and have blood ties to Assad in order to stage propaganda against the Syrian refugees. Approximately 40 families were approached in Samandağı in order to recruit them to conduct propaganda. Also, Mukhabarat has supposedly sent satellite dishes to Hatay in order to be able to watch Syrian television.