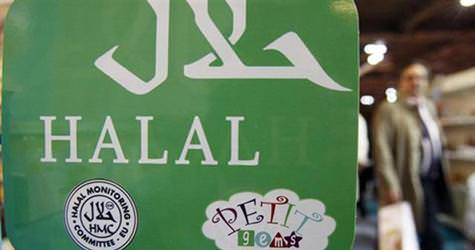 The Dutch parliament voted on Tuesday to ban ritual slaughter of animals, a move strongly opposed by the country’s Muslim and Jewish minorities, but left a loophole that might let religious butchering continue.

The bill by the small Animal Rights Party, the first such group in Europe to win seats in a national parliament, passed the lower house of parliament by 116 votes to 30. It must be approved by the upper house before becoming law. It stipulates that livestock must be stunned before being slaughtered, contrary to the Muslim halal and Jewish kosher laws that require animals to be fully conscious.

"This way of killing causes unnecessary pain to animals. Religious freedom cannot be unlimited," said Marianne Thieme, head of the Animal Rights Party, said before the vote. "For us religious freedom stops where human or animal suffering begins."

In a rare show of unity, the Netherlands' Muslim and Jewish communities — numbering about 1 million and 40,000 respectively in a total population of 16 million — have condemned the proposed ban as a violation of their religious freedom. "The very fact that there is a discussion about this is very painful for the Jewish community," Netherlands Chief Rabbi Binyomin Jacobs told Reuters. "Those who survived the (second world) war remember the very first law made by the Germans in Holland was the banning of schechita or the Jewish way of slaughtering animals."

Uca Octay of Rotterdam's Islamic University said: "We will have to import halal meat from neighboring countries or find another way to meet the needs of the Muslim population. Becoming vegetarian could be an option as well."

The law said religious groups could continue ritual slaughter if they proved it was no more painful than stunning, but it was not clear how to do this. The Jewish community has challenged a study on animal pain used to support the ban.

Chief Rabbi Jacobs said the exemption in the law stipulated "that we must prove the animal slaughtered the Jewish way suffers less or the same as with stunning, but this absolutely impossible to prove. You can't ask the animal how it feels afterwards. Nobody can prove this." He said that he's been getting calls from many people in his constituencey to ask what the ban could mean for them. "Old people are scared and young people who are just married are calling me to ask if they should stay here, today it is the schechita and tomorrow what, circumcision? People are afraid."

"Holland is a sophisticated country and other countries look to Holland as an example, and we are afraid of the domino affect, that other countries will follow. This is the reason so many countries are watching the Netherlands today, " he said.

"For us this is not acceptable. It puts us in the position which is not acceptable," Ruben Vis, a director of the Jewish community in the Netherlands said. "Firstly, we will have to find ways how to serve needs of members of our community in the Netherlands," he said. "And secondly it's a problem of freedom of religion, which is granted by the constitution. It feels like a separation between us, as the oldest religious group here, and Dutch society."

Britain's Chief Rabbi Jonathan Sacks visited the Netherlands last week to lobby against the law, arguing that pre-stunning failed in up to 10 percent of cases and that caused more pain than the swift cutting of the throat by a razor-sharp knife.

Philip Carmel, International Relations Director for the Conference of European Rabbis in Brussels, stressed the upper house of parliament could still reject the law."We are totally opposed to this law. We've been campaigning heavily against it. We believe the Dutch parliament and people, who have a history of tolerance, will see sense and make the right decision," he said.

Dutch Muslims, mostly of Turkish and Moroccan origin, have complained they felt stigmatized by the planned ban, debated amid growing support for anti-Islam populist Geert Wilders. A court cleared Wilders last week of charges of hate speech against Muslims. His Freedom Party has supported the ban.

"There was no reason for passing this law," said Imam Mahmut of the El Tawheed mosque in Amsterdam. "This is a political decision. Who has the authority to determine whether the way of killing animals is good or not? Their way of killing the animal is not good either. The killing takes longer and the animal suffers more." He said Muslims in the Netherlands will turn to imported meat now. "It shouldn't be the problem. The meat can be imported to the Netherlands from neighboring countries," he said.

European Union regulations require animals to be stunned before killing but allow exceptions for ritual slaughter, which the European Court of Human Rights has ruled is a religious right. Animal rights activists insisit this is inhuman. Carmel said the European Parliament last week rejected a bid by animal rights advocates to have kosher and halal meat specially labeled as coming from unstunned animals.

Rabbi Moshe Stiefel, rabbi of thecentral Dutch province of Flevoland, said after the vote: "We are absolutely disappointed. It's very unfortunate that the Dutch Governement doesn't respect freedom of religion, and it's not just the fact that we can't have kosher slaughtering in this country, it goes deeper than that. Our freedom of religion isn't being respected in the Netherlands. Where could this lead to in the future?"

"Theoretically speaking the law could still be blocked, since it still has to be passed by the upper house of parliament. Of course we hope this happens. If this law is passed it won't leave us any rooom for kosher slaughtering in the future."

In France, home to Europe's largest Jewish minority, Richard Prasquier, head of the CRIF umbrella group of Jewish organisations, said Jewish ritual slaughter rules were "set up in such a way as to reduce the animal's suffering to a minimum, with slaughtering done by professionals with years of experience. In this sense the Jewish community has largely anticipated the aims and desires of all the organisations seeking to reduce the suffering of animals."

"It's important to understand that if that possibility is not left open, observant Jews will no longer be able to live out their Judaism normally within their country and will have to find somewhere else to live," he told Reuters. "This is not an adaptation that can be resolved by a sort of consensus among rabbis. It is part of very ancient
traditions which rabbis can only pass along. There is no adaptation possible. We should not be worrying only about ritual slaughtering when animal suffering exists in many other areas, from hunting to bull-fighting to intensive livestock farming."