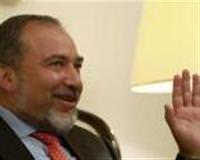 Israeli Foreign Minister Avigdor Lieberman said on Tuesday participants in an aid flotilla planning to challenge an Israeli blockade of the Gaza Strip were seeking "confrontation and blood."

Pro-Palestinian activists have said around a dozen ships carrying aid to Gaza, territory controlled by Hamas Islamists, could depart from European ports in the coming days.

A year ago, nine Turkish activists, including a dual U.S.-Turkish national, were killed in clashes with Israeli soldiers who raided a Gaza-bound convoy in the eastern Mediterranean.

Israel has said it will prevent the new flotilla from reaching the coastal enclave, and Lieberman repeated its offer to the activists to deliver aid via the Israeli port of Ashdod or through Egypt or the United Nations.

"They are clearly there to create a provocation, looking for confrontation and blood and for many pictures on television screens," Lieberman told Israel Radio, adding that there was a "hard core of terror activists" among the participants.

On their website, U.S. participants in the flotilla said their intentions were peaceful and they would set sail "without weapons protection or threat of force."

Greek flotilla organisers said the propeller of a Greek passenger boat that was supposed to be part of the convoy had been sabotaged while docked near Athens. Greeks, Norwegians and Swedes were to have travelled on board.

"This is obviously the work of secret services and special forces," the statement from the organisers said, without disclosing whether the vessel was fit to sail.

At a news conference in Athens on Monday, a group of some 400 activists that included European MPs, a former CIA analyst and a 75-year Holocaust survivor, professors and authors complained that Greece was bowing to pressure from Israel and using bureaucratic tactics to try to block their departure.

Israel says its blockade of the Gaza Strip is aimed at stopping weaponry from reaching Hamas, which is shunned by the West because of its refusal to recognise the Jewish state, renounce violence and accept existing peace deals.

Palestinians say the blockade is illegal and is helping to strangle Gaza's underdeveloped economy.

On Monday, Israeli Defence Minister Ehud Barak urged governments not to assist the flotilla and said he had ordered the army to stop the vessels if needed.

The United States has supported the Gaza naval blockade and warned activists last week that the voyage would be irresponsible and dangerous.

Lieberman said Israeli leaders and officials had held "hundreds, perhaps thousands of discussions at various levels" with foreign governments to persuade them to urge their citizens not to join the flotilla.

French Foreign Ministry spokesman Bernard Valero said the flotilla plan was a "bad idea that can only exacerbate tensions and we don't need more reasons for conflict at the moment." There were reports of two French ships taking part, he said.

"We don't have the legal recourse to stop boats leaving, but with others including the U.N. secretary general we have made clear we are against this," he told reporters in Paris.
An Israeli military source said Israel had information that some activists were planning to attack soldiers with acid and lethal chemical agents if they boarded the ships.

Dror Feiler, an Israeli participant in the flotilla, denied the allegation in an interview with Israeli Army Radio and said all of the passengers had signed a pledge of non-violence.