Berlusconi says he will not seek new term 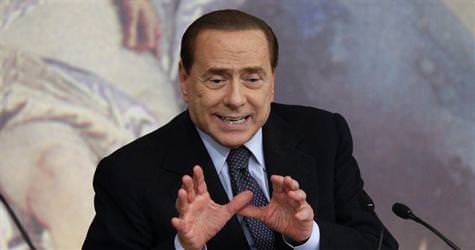 Italian Prime Minister Silvio Berlusconi declared on Friday he would not run again when his term expires in 2013, as fresh squabbling hit his government and his economy minister was drawn into a corruption investigation.

In an interview with the daily La Repubblica, Berlusconi repeated remarks that he has made on a number of occasions in recent months, saying that he would not run again and nominating Justice Minister Angelino Alfano as his preferred successor.

He also made disparaging comments about Economy Minister Giulio Tremonti, whose position has been weakened by disputes with other ministers and who came under pressure on Friday after the arrest of one of his closest associates.

"If I could, I would give it up now," Berlusconi was quoted as saying by the newspaper, one of his fiercest media critics. "I am not resigning ... but one could want to."

The problems facing Tremonti, widely credited with shielding Italy from the crisis through his rigid insistence on deficit-cutting measures, grew after Naples prosecutors filed a request for the arrest of his former adviser Marco Milanese on corruption charges.

Tremonti, who until Thursday night used to stay in a house belonging to Milanese for part of each week when he was working in Rome, issued a statement saying he had moved out after magistrates raised the graft allegations.

The fresh troubles for the government came as pressure on Italy, one of the world's most heavily-indebted countries, mounted on financial markets already on high alert over the escalating euro debt crisis.

The premium investors demand to buy Italian debt rather than benchmark German bonds widened to its largest since the introduction of the euro more than a decade ago.

Berlusconi, who is fighting allegations of corruption and of paying for sex with an underage prostitute, has been struggling in recent months, his government slipping in the opinion polls and suffering sharp losses in local elections and referendums.

Tensions within the coalition have been heightened by an austerity budget aimed at eliminating the deficit in 2014 and shielding Italy from the Greek debt crisis.

Berlusconi promised the budget -- closely watched by markets and ratings agencies for any signs of being watered down -- would be modified in parliament and took a swipe at Tremonti, who drew up the package.

"He is worried about the markets, I understand him. But I always remind him that in politics the result is made up of consensus and votes. He isn't interested in consensus, but we are," he said.

"So, without changing the overall sum, we will change the budget in parliament."

Italian media have long speculated that there is a widening rift between Berlusconi and Tremonti, who has been considered a potential successor to the media magnate.

In the La Repubblica interview, Berlusconi made his most explicit criticism in recent months of the economy minister.

"You know, he thinks he's a genius and that everyone else is stupid," Berlusconi said. "I put up with him because I've known him for a long time and one has to accept the way he is. But he's the only one who is not a team player."

Berlusconi also ruled out any bid to become president of Italy, saying he believed the position as head of state should go to Gianni Letta, his chief of staff and most trusted aide.

Berlusconi dismissed concerns that allies including the restive, pro-devolution Northern League would reject Alfano, a Sicilian lawyer, as the new head of the center right.

"Why not? I've already spoken about it. I think everyone agrees," he said.