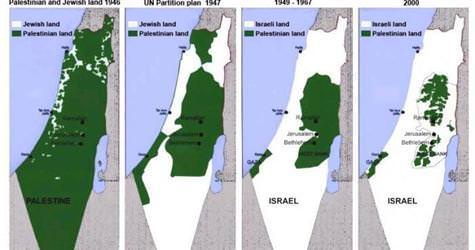 The official denied reports by Israeli and other media outlets that Prime Minister Benjamin Netanyahu had backed down from an earlier rejection of President Barack Obama's proposal to negotiate a pullback to so-called 1967 borders.

But he suggested Netanyahu had signaled a new readiness to aid last-ditch U.S. and European efforts to renew talks frozen since last year in anticipation of a Palestinian threat to seek a unilateral United Nations mandate for statehood in September.

Israeli and Western leaders have been concerned that any one-sided step could trigger new violence after months of calm, given the spreading unrest in the Arab world and recent calls by some Palestinians for protests to accompany any statehood bid.

"In order to restart the Israeli-Palestinian peace talks and facilitate the restarting of direct talks, Israel has been willing to accept a package that includes a formula on borders," the official told Reuters, speaking on condition of anonymity.

Such a package could include borders "that would be difficult for Israel to accept," the official said, adding that "a part of the package would mean being recognized as a Jewish state," a demand thus far rejected by Palestinian leaders.

Israel Radio and a television station reported that Netanyahu had agreed to negotiate a possible withdrawal to a frontier from before a war in 1967 when Israel captured West Bank land where Palestinians seek to build a state.

The Israeli official responded that Netanyahu "has been clear that Israel will not return to the 4th of June 1967 borders," or the lines that stood before that war.

Netanyahu told a closed-door session of a parliamentary committee on defense matters earlier there were "ongoing efforts to restart peace talks" by Washington and European leaders who had so far failed to find a formula to do so.

The Israeli leader said further he was "willing to accept working with the international community to find a way to make that happen," the official quoted him as saying.

Western-sponsored peace negotiations broke off just weeks after painstaking efforts to renew them last September, in a dispute over Jewish settlement building.

Netanyahu's government, dominated by pro-settler parties, had rejected calls to halt the construction saying it had already observed a 10-month building hiatus from late 2009.