One third of the world’s terrorists are in Turkey 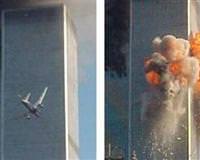 We have taken the top spot in the world in terms of having the highest number of convicted terrorists. Out of a total of 35,117 ‘terrorists’, 12,897 are in Turkey…

According to American news agency AP's research of 66 counties which constitute 70 percent of the entire population, ever since the attack on the World Trade Center on September 11th, 2001 anti-terrorism laws have become stricter and arrests in connection to terrorism have increased. According to the horrific portrait painted by AP, ever since September 11th, 119,044 people have been arrested, 35,117 of which have been charged as terrorists. Turkey takes the top in terms of number of accused terrorists with 12,897. With the 7,000 in China combined with Turkey's figure, these two nations alone harbor more than half of terrorist arrests in the world. Turkey implemented a number of changes to terrorism legislation in 2006 and since then the number of convicted terrorists jumped from 273 in 2005 to 6,345 in 2009.
Last Update: Sep 06, 2011 9:46 am
RELATED TOPICS