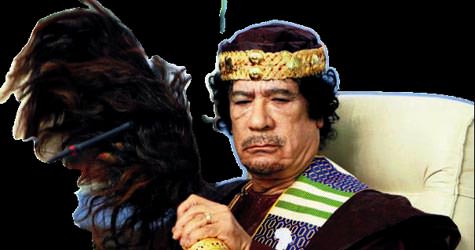 Interpol has issued arrest warrants for Libya's Muammar Gaddafi, his son Saif al-Islam, and intelligence chief Abdullah al-Senussi, it said in a statement on Friday.

The International Criminal Court (ICC) prosecutor had made the request to the Lyon-based police organisation on Thursday.

"As far as Interpol's general secretariat headquarters is concerned, Muammar Gaddafi is a fugitive whose country of nationality and the ICC want arrested and held accountable for the serious criminal charges that have been brought against him," said Interpol Secretary General Ronald Noble.

The ICC issued arrest warrants in June for all three for crimes against humanity.

ICC prosecutor Luis Moreno-Ocampo said he wants Interpol to issue a red notice to arrest Muammar Gaddafi for the alleged crimes against humanity of murder and persecution.