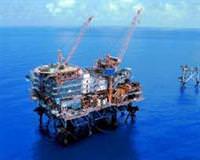 Cypriot President Demetris Christofias said on Sunday Cyprus would start drilling for hydrocarbons within the next few days, defying warnings from Turkey which has challenged its authority to do so.

"We will continue to exercise our evident sovereign rights, which includes exploiting natural resources, always within the parameters of international law ... the exploratory drilling is expected to start within the next few days," Christofias told a meeting of British Cypriots in London.

Cyprus, represented in the EU by its internationally-recognised Greek Cypriot government, has commissioned a U.S. company to drill for hydrocarbons in an offshore area south-east of the island. Turkey, which backs a Turkish Cypriot state in north Cyprus, says any natural wealth belongs to both communities.

Turkey has voiced strong opposition to the plans and on Saturday Turkish Foreign Minister Ahmet Davutoglu said Cyprus' plans amounted to "provocation" and it would consider carrying out its own offshore surveys with northern Cyprus if drilling went ahead.

The Greek Cypriot government has said it would block Turkey's EU-entry talks if Ankara continued to oppose its plans. The United Nations has appealed for a peaceful resolution to the dispute, saying both sides of the island should benefit from any energy reserves in the context of a future settlement on the island.

"Cooperation, let alone any so-called agreements with an illegal secessionist entity such as is the pseudo-state is illegal," Christofias said, referring to Turkish plans to sign an agreement with Turkish Cypriots on defining maritime boundaries - a first step towards rival offshore hydrocarbons exploration in the sea area north of the island bordering Turkey.

Cyprus was split in 1974 triggered by a brief Greek-inspired coup. Greek Cypriot drilling, defined by a contract signed more than a year ago, coincides with a new push by the United Nations to resolve the conflict which has kept Greek and Turkish Cypriots estranged for decades.

The United Nations is tentatively eying a deal to reunite the island as a federation by mid-2012, by which time Cyprus will assume the rotating EU presidency.

Turkey, which started accession negotiations with the EU in 2005 but has seen its aspirations frustrated in part because of the conflict on the island, has said it will freeze relations with the EU if Cyprus is given the presidency of the bloc in the second half of 2012.

The EU's executive Commission, which negotiates new states' accessions to the bloc, urged Turkey to stop threatening Cyprus and to back efforts to revive the island's reunification talks.