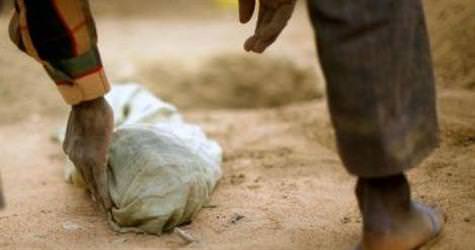 TİKA Somalia’s Coordination Director Emin states; "Due to the aid sent to Mogadishu, the deaths, in the region where Turkish camps have been set up, have diminished.”

Due to the aid and tents set up by Turkey, the deaths of Somalis that are accessible have diminished, however there still remain regions in the country where people are still starving to death.'

Emin stated that he has visited the town cities set up by Turkey's Red Crescent and instead of seeing children suffering from the famine, he instead sees children that are happy. According to Emin however, even though the death toll has dropped in regions of the capital where Turkish organizations have set up, throughout the country people are still dying from starvation.

Emphasizing that the Somali public still needs help, Emin states; "We want to embrace the entire Somali people. We do not in any way operate with an approach that distinguishes between Somalis who live here or there. We are trying to widen our ring of aid. We are pushing all necessary channels in order to open up into the North and South from Mogadishu.
DİYANET FOUNDATION EXTENDS A HELPING HAND
Somali's largest mosque, the Central Mosque, will be renovated by Turkey's Department of Religious Affairs. TDV Foreign Affairs Director Mustafa Tutkun states, "In addition to requesting we work on the mosque, authorities have also stated they want one million Kuran-ı Kerim, 500 hadith books and requested students be taken to Turkey."