Noble to start gas drilling off Cyprus in days 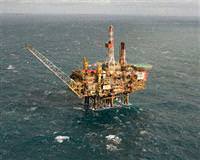 U.S. company Noble Energy will start drilling at its natural gas field off the coast of Cyprus within days, the company said on Monday.

The field is in waters that are the focus of an escalating dispute between Cyprus and Turkey over offshore gas resources.

"We are aware of the situation in the Mediterranean. We have a rig on location at the Cyprus A field and our plans are to proceed with drilling that well. Drilling is expected to begin within days, certainly within a week, depending on how long it takes to prepare the rig," David Larson, vice president, investor relations at Noble Energy in Houston, told Reuters.

Turkey has threatened to give naval escorts to Turkish exploration vessels off Cyprus unless the Greek Cypriot government halts plans for Noble Energy to start drilling for natural gas at its Cyprus A gas field this month.

"Cyprus and licence holder Noble Energy are so far holding firm on the end-September schedule for drilling, with major resources at stake as well as a point of principle over the sovereign rights of the Cypriot government to operate as it sees fit in its Exclusive Economic Zone (EEZ)," analysts at IHS said in a research note.
But IHS added that "Turkey has said that any drilling in Cyprus's offshore will force it and its partners in Northern Cyprus to delineate an agreement on the EEZ of the north of the island, which could see competing claims for acreage and further threats of naval deployments, with the potential for escalation without early outside mediation."

Analysts also said that the dispute could still cause delays to gas drilling.

"The dispute could provoke operational delays in the early stages of drilling," David Lea, analyst at London-based Control Risks said.

"Turkey's response by pushing out warships is a replay of what they did when Cyprus had seismic survey ships [charting the offshore gas resources in the seas]," he added.

The vast majority of the gas reserves in question are in waters claimed by Israel and the Republic of Cyprus.

In 2010, the Cypriot and Israeli governments signed an "agreement on the delimitations of the exclusive economic zone" between the two countries, which sets the maritime borders and the respective rights to explore natural resources within them by a median line.

The two countries and their main corporate partners, Noble Energy and Israel's Delek Group , are in well advanced consultations to jointly access energy reserves.
Noble Energy says that the eastern Mediterranean gas finds have been the world's biggest deepwater gas discoveries in the last decade, with a total of at least 25 tcf of gross mean resources.

Based on recent exploration, Noble Energy achieved "four consecutive successes based on geologic model and 3D interpretation," the company said in a presentation in September.

The four sites are Israeli claimed Dalit, Tamar, and Leviathan, as well as Cyprus A, claimed by the Republic of Cyprus.

The tension between Cyprus and Turkey is mostly down to the division of the island into the southern Republic of Cyprus, an EU member state, and the Turkish Republic of Northern Cyprus.

Turkey argues that any Cypriot natural resources have to be shared by the whole island, and Ankara rejects any delimination of maritime waters, threatening itself to declare a 200 nautical mile exclusive economic zone, which would reach far into the waters deliminated by Cyprus and Israel, and drill for gas there itself.