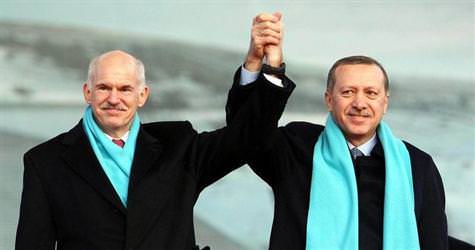 "Two hours ago, the Prime Minister had a telephone conversation with Mr Erdoğan," government spokesman Ilias Mosialos told reporters. "The Prime Minister said there should be self-constraint and calm" over Cyprus, Mosialos said.
A Turkish oil exploration vessel left the Aegean port of Izmir on Friday to carry out surveys off northern Cyprus amid tensions with Greek Cypriots on the divided island over rights to hydrocarbon reserves in the eastern Mediterranean.
Regional tension rose after Cyprus's Greek Cypriot government announced on Tuesday that drilling had begun in a southeast offshore area adjoining a gas field in Israeli waters reputed to be the world's largest find in the past decade.
Mosialos said the call focused on security issues related to Cyprus in general, but the two leaders did not discuss the oil drilling.
"The Prime Ministers said unilateral actions that create problems in the region should be avoided," he said.

The two leaders also decided on the High Level Cooperation Council to be held in Ankara at the end of October or the start of November.
Last Update: Sep 26, 2011 5:52 pm
RELATED TOPICS