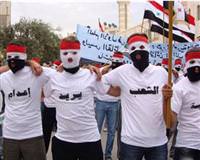 Syrian tanks pounded a town on a strategic highway overnight, injuring at least three people during a military crackdown on dissent in the central region of Homs, activists and residents said on Monday. Homs has become a major flashpoint between troops loyal to President Bashar al-Assad and army defectors, backing pro-democracy protesters demanding the president's overthrow.

Three inhabitants of al-Rastan were injured when pro-Assad forces opened fire with heavy machine guns mounted on the tanks surrounding the town, on the main northern highway leading to Turkey, said residents.

"There are around 60 tanks and armoured vehicles on the eastern edge of Rastan alone. All communications are cut and the firing is being directed at the street and buildings," Abu Qassem, a resident of al-Rastan, told Reuters by satellite phone.

Activists have reported a military push into towns and villages north of the city of Homs, 165 km (100 miles) north of Damascus, where increasing numbers of defectors have been organising and mounting guerrilla raids on loyalist posts.

Faced with expanding street protests demanding an end to 41 years of Assad family rule, the president has sent troops and tanks into cities and towns across the country.

The military crackdown has killed at least 2,700 people, including 100 children, according to the United Nations. Syrian authorities say 700 police and army have been killed during the unrest which they blame on "terrorists" and "mutineers".

Assad has said foreign powers are using the unrest to divide Syria, and added any state would use similar techniques to end a revolt.

Homs, together with the northwestern province of Idlib on the border with Turkey, has traditionally provided the bulk of majority Sunni foot soldiers in the military, which is effectively commanded by Assad's brother Maher and led by officers from Assad's minority Alawite sect.

The two regions have seen some of the biggest street protests against Assad in the last few weeks. Troops earlier stormed the villages of Za'faraneh and Deir al-Jin, between Rastan and the town of Talbiseh to the south, local activists said, adding that there was no immediate information on casualties.

Syria's crackdown protests has sparked international outrage and rebukes from Syria's powerful northern neighbour Turkey, once among Assad's keenest backers. Turkish Prime Minister Tayyip Erdogan told CNN in an interview broadcast on Sunday that Bashar will be ousted "sooner or later" by his own people. "You can never remain in power through cruelty. You can never stand before the will of the people," Erdogan said.

Activists said a surgeon, Hassan Eid, was assassinated in Homs on Sunday. The official Syrian news agency said Eid was killed by "an armed terrorist group".