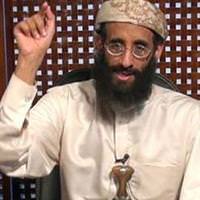 Anwar al-Awlaki, a U.S.-born Islamist militant, was killed in Yemen on Friday in a CIA drone strike described by President Barack Obama as "another significant milestone" in efforts to defeat al Qaeda.

Awlaki's killing deprives the Yemen-based al Qaeda in the Arabian Peninsula (AQAP) of its "chief of external operations," and an eloquent propagandist in English and Arabic who was implicated in attacks on the United States.

"This is further proof that al Qaeda and its affiliates will have no safe haven anywhere in the world," Obama said, adding that Awlaki's death was a tribute to years of counterterrorism cooperation with Yemen.

As a web-savvy preacher, Awlaki was seen as an influential international recruiter to the al Qaeda movement. New York's police commissioner Ray Kelly said the city's force was on high alert following the killing.

"We know al-Awlaki had followers in the United States including New York City, and for that reason we remain alert to the possibility that someone might want to avenge his death," Kelly said in a statement. "He was a powerful recruiter of terrorists in the United States."

Yemen's embassy in Washington said Awlaki had been killed some miles from the town of Khashef in the northern province of Jawf, adjacent to Saudi Arabia, at about 9:55 a.m. (2:55 a.m. EDT).

"We found his body in pieces," said Abubakr al-Awlaki, a leader of the Awalik tribe, to which Awlaki belongs. "Why kill him in this brutal, ugly way? Killing him will not solve their problem with al Qaeda, it will just increase their strength and sympathy for (AQAP) in this region."

Earlier in his career, Awlaki, who was born in New Mexico, preached at mosques in the United States attended by some of the hijackers in the September 11, 2001 attacks by al Qaeda, whose leader, Osama bin Laden, was killed in a U.S. raid on his hideout in Pakistan in May.

Yemen's President Ali Abdullah Saleh, who is clinging to power despite months of popular protests, may hope Awlaki's death will improve his standing in the eyes of Washington. But the White House made clear it was sticking to its insistence that Saleh begin a transfer of power immediately.

DRONE MISSED IN MAY

A Yemeni government statement said Samir Khan, an American of Pakistani origin, and two others were killed with Awlaki. Khan, from North Carolina, was an editor of AQAP's English-language online magazine Inspire, which often published Awlaki's writings.

U.S. drone aircraft targeted but missed Awlaki in May. The United States has stepped up drone strikes in Yemen to try and keep al Qaeda off balance and prevent it from capitalizing on the strife and chaos gripping the country, which borders oil giant Saudi Arabia and lies near vital shipping routes.

Awlaki orchestrated plots to bomb a Detroit-bound airliner in 2009 and U.S. cargo planes in 2010, officials said.

"With the attempted Detroit bombing and the airplane cargo bomb plots he has demonstrated his intent and ability to cause mass terror, whilst his murderous ideology was responsible for inspiring terrorist attacks in the UK and the US," British Foreign Secretary William Hague said in a statement.

Washington also learned that Awlaki sought to uracingse poisons including cyanide and ricin to attack Westerners and exchanged e-mails with a U.S. military psychiatrist later accused of killing 13 people at Fort Hood army base in Texas in 2009.

An official familiar with British counter-terrorism activities said Awlaki had been in contact with former British Airways employee Rajib Karim, who was convicted in February on terrorism charges, while a woman who stabbed a British member of parliament who voted for the Iraq War was inspired by Awlaki's sermons.

AQAP, which established itself in Yemen after Saudi Arabia defeated a violent al Qaeda campaign from 2003-6, has emerged as one of the network's most ambitious wings, attempting daring, if unsuccessful, attacks on U.S. and Saudi targets.

Bin Laden's al Qaeda made its first mark in Yemen with an attack that killed 17 U.S. sailors on the warship Cole in Aden harbor in 2000.

AQAP has not acknowledged Awlaki's death. It usually takes a few days to post an Internet response to such killings.

A tribal sheikh in Jawf said Awlaki and three other people had been killed. "We have retrieved their bodies. There was another car that had al Qaeda members inside it, but they were able to escape," he said, asking not to be named.

"Awlaki will be difficult to replace," said Jeremy Binnie, a terrorism and insurgency analyst at IHS Jane's in London. "It's a blow for AQAP's international operations. Awlaki has helped the group build its international profile."

U.S. authorities have branded Awlaki a "global terrorist" and last year authorized his capture or killing, but Sanaa had previously appeared reluctant to act against him.

The killing drew immediate condemnation from U.S. civil libertarians who said it was illegal to carry out the targeted killing of a U.S. citizen without due process of law.

Obama, when asked in a U.S. radio interview whether he had personally ordered Awlaki's killing, said: "I can't talk about the operational details."

Awlaki was not a senior Islamic cleric, nor a commander of AQAP, which is led by a Yemeni named Nasser al-Wuhayshi, but he played a key role in the group's global outreach.

"The organization has lost an important figure for recruiting people from afar," said Said Obeid, a Yemeni analyst on al Qaeda.

Yemen has been mired in turmoil after eight months of mass protests demanding that Saleh step down, something he has reiterated he will do only if his main rivals do not take over.

"Because if we transfer power and they are there, this will mean that we have given into a coup," Saleh told The Washington Post and Time magazine in an interview published on Friday, a week after he made a surprise return from Saudi Arabia.

He had been recuperating in Riyadh from a June bomb attack on his Sanaa compound that badly burned and wounded him.

His return halted talks over a Gulf-brokered transition plan that had been revived despite violence that has killed more than 100 people in Sanaa in the past two weeks.

Saleh's troops have been fighting the forces of rebel General Ali Mohsen and those of tribal leader Sadeq al-Ahmar.

Saleh has repeatedly shied away from signing the Gulf plan at the last minute, and has called for patience, saying: "We are pressed by America and the international community to speed up the process of handing over power. And we know where power is going to go. It is going to al Qaeda, which is directly and completely linked to the Muslim Brotherhood."

Opposition groups accuse Saleh of giving militants more leeway in a ploy to frighten Western powers and convince them that he is the best defense against al Qaeda.

In Yemen's volatile south, where al Qaeda-linked fighters have posed a rising challenge to government control, security sources said one soldier and six militants were killed in clashes over the provincial capital of Zinjibar on Friday.

The army is trying to retain control of the coastal capital of Abyan province, which lies east of a strategic shipping lane. Militants have seized several cities in the area.

In the capital Sanaa, thousands of pro- and anti-Saleh demonstrators took to the streets on the Muslim day of prayer.

Protesters carried 13 bodies, wrapped in Yemeni flags, of people killed in fighting in the capital this week. Asked about Awlaki's death, one demonstrator said it was irrelevant.

"Nobody cared about his death today and we wonder why the government announced it now. We have much bigger problems than Anwar al-Awlaki," said Fayza al-Suleimani, 29.