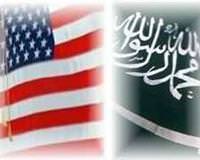 The United States accused Iran on Tuesday of backing a plot to kill the Saudi ambassador to Washington, escalating tensions with Tehran and stirring up a hornet's nest in the Gulf, where Saudi Arabia and Iran have long jostled for power.

U.S. authorities said they had broken up a plot by two men linked to Iran's security agencies to assassinate Saudi Ambassador Adel al-Jubeir. One was arrested last month while the other was believed to be in Iran.

Iran denied the charges. But President Barack Obama called the plot a "flagrant violation of U.S. and international law" and Saudi Arabia said it was "despicable."

Revelation of the alleged plot, and the apparent direct ties to the Tehran government, had the potential to further inflame tensions in the Middle East, and the United States said Tehran must be held top account.

Secretary of State Hillary Clinton, in a Reuters interview, expressed hope that countries that have hesitated to enforce existing sanctions on Iran would now "go the extra mile."

At a news conference, FBI Director Robert Mueller said the convoluted plot, involving monitored international calls, Mexican drug money and an attempt to blow up the ambassador in a Washington restaurant, could have been straight from a Hollywood movie.

U.S. Attorney General Eric Holder alleged that the plot was the work of the Islamic Revolutionary Guard Corps, which is the guardian of Iran's 32-year-old revolution, and the Quds force, its covert, operational arm.

"High-up officials in those (Iranian) agencies, which is an integral part of the Iranian government, were responsible for this plot," Holder told the news conference.

"I think one has to be concerned about the chilling nature of what the Iranian government attempted to do here," he said.

The primary evidence linking the Iranian government to the planned attempt on al-Jubeir's life are the words of one of the alleged plotters, who told U.S. law enforcement agents after his arrest that he had been recruited and directed by men he understood were senior Quds Force officials.

The Quds Force has not previously been known to focus on targets in the United States.

Senate Intelligence Committee Chairwoman Dianne Feinstein, was said she was briefed on intelligence about the plot, said "it looks like it's the Quds Force, the IRGC."

"We do not know that it went up above the IRGC" to higher levels of the Iranian government, Feinstein told reporters. "I just don't see how this could be done any other way, that even the Quds force would go out and do something on their own to assassinate somebody who represented a country, not even in that country but in a third country.

There are no formal diplomatic ties between the Islamic republic and Washington, which accuses Tehran of backing terrorism and pursuing nuclear arms, a charge Iran has denied.

Iran and Saudi Arabia have likewise long been at odds. The Saudis, who see themselves as the center of the Sunni sect of Islam, have been alarmed by what they see as expansionist tendencies by majority Shi'ite Iran, whose people are primarily Persian rather than Arab.

U.S. officials said there had also been initial discussions about other alleged plots, including attacking the Saudi and Israeli embassies in Washington, however no charges for that were revealed on Tuesday.

Rejection the allegations, Iran's state English language Press TV said: "The Islamic Republic of Iran has rejected U.S. accusations of the country plotting to assassinate the Saudi envoy to Washington as a prefabricated scenario."

Last month hopes were raised of improved ties when Iran released two U.S. hikers accused of spying when they were arrested on the Iran-Iraq border in 2009. Holder said there was no link between the hikers's case and the alleged plot.

U.S. officials identified the two alleged plotters as Gholam Shakuri, who is a member of the Quds force, and Manssor Arbabsiar, who was arrested on September 29 when he arrived at John F. Kennedy International Airport from Mexico.

Arbabsiar, 56, who is a naturalized U.S. citizen and holds an Iranian passport, initially cooperated with authorities after being arrested at John F. Kennedy International Airport in New York on September 29.

He made calls to Shakuri after being arrested and acted as if the plot was still a go, court documents said.

Arbabsiar made a brief appearance in a Manhattan courtroom on Tuesday where he was ordered detained and assigned a public defender. He appeared in blue jeans and a dress shirt, thinning gray hair and a scar on the left side of his face.

Officials said that the Saudi ambassador, Al-Jubeir, who is close to King Abdullah bin Abdul-Aziz and has been in his post since 2007, was never in danger. President Barack Obama was briefed in June about the alleged plot and through a spokesman expressed gratitude for it being disrupted.

The assassination plot began to unfold in May 2011 when Arbabsiar approached an individual in Mexico to help, but that individual turned out to be an informant for the U.S. Drug Enforcement Administration.

The confidential source, who was a paid informant but not identified, immediately tipped law enforcement agents, according to the criminal complaint. Arbabsiar paid $100,000 to the informant in July and August for the plot, a down payment on the $1.5 million requested.

Shakuri approved the plan to kill the ambassador during telephone conversations with Arbabsiar, the complaint said.

As part of the plot, the informant talked to Arbabsiar about trying to kill the ambassador at a Washington, D.C. restaurant he frequented, but warned him that could lead to dozens of others being killed, including U.S. lawmakers.

The criminal complaint said that Arbabsiar responded "no problem" and "no big deal".

After Arbabsiar was arrested in New York, he allegedly confessed and provided U.S. authorities with more details about the Iranian government's alleged involvement, Holder said.

Court papers say in a monitored phone call Shakuri allegedly confirmed to Arbabsiar the plot should move forward as quickly as possible, stating "just do it quickly, it's late."

Mueller said in this case "individuals from one country sought to conspire with a drug trafficking cartel in another country to assassinate a foreign official on United States soil."

The men are charged with one count of conspiracy to murder a foreign official, two counts of foreign travel and use of interstate and foreign commerce facilities in the commission of murder for hire and one count each of conspiracy to use a weapon of mass destruction and conspiracy to commit an act of terrorism.

Authorities said no explosives were acquired for the plot and the weapon of mass destruction charge can range from a simple improvised device to a more significant weapon. They face up to life in prison if convicted.