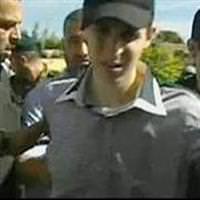 Israeli soldier Gilad Shalit, held in captivity by the Islamist group Hamas since June 2006, was handed over to Israeli officials on Tuesday, Israeli media reported.

Israeli television showed Shalit in Egyptian footage shot earlier in the day walking briskly to a vehicle after he was freed by Hamas officials. It was the first video of Shalit since 2009.

Simultaneously, Israel was due to free 477 Palestinian prisoners on Tuesday, with witnesses seeing a first batch arriving in Gaza. A further 550 Palestinians are set for release later this year.