Carlos the Jackal, caged but combative, on trial 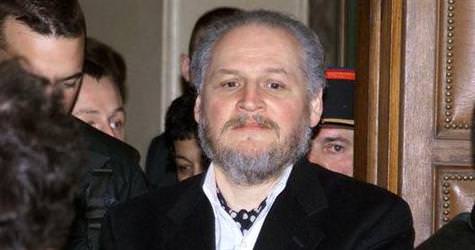 Urban guerrilla 'Carlos the Jackal' smiled and flashed a clenched fist salute on Monday when he went on trial for deadly Paris bomb attacks he is accused of mounting at the height of his "anti-imperialist campaign" in the 1970s and 1980s.

"I am a revolutionary by profession," Ilich Ramirez Sanchez declared to a special terrorism court of judges, his bluster clearly undiminished by two decades served in French prisons since his 1994 capture in Khartoum by French special forces.

Ramirez is now 62, sports a grey beard and carries a paunch; but over some 30 years, he was the face of militant Marxist struggle, his taste for Havana cigars, Che Guevara-style berets, alcohol and women only adding to his revolutionary allure.

For his small coterie of admirers, some of whom were in court on Monday, he was a romantic anti-imperialist fighter, for others a cold-blooded killer.

Ramirez, dressed in a casual blue jacket and blue sweater, sat in a hardened glass box, guarded by three police officers, occasionally dangling an arm casually through an opening as he watched proceedings.

He faces a second term of life in prison if convicted for four bombings in 1982 and 1983 that killed 11 people and wounded nearly 200. He was sentenced to life in 1997 by a French court for killing two police officers and an informant.

The leftist guerrilla -- who exuded the confidence of someone invited, rather than ordered, to attend trial -- spoke expansively of his past contacts. He told the judge that Yasser Arafat "himself" had given him Palestinian citizenship.

Ramirez was one of a generation of urban guerrillas who wrought havoc in the 1970s and 1980s with attacks on establishment figures and institutions. In West Germany the Baader-Meinhof group carried out assassinations and in Italy the Red Brigades pressed a campaign of violence.

Ramirez launched attacks around the world, in operations funded by Soviet-bloc and Middle Eastern countries, from Romania to Syria.

Isabelle Coutant-Peyre, his attorney and also his wife, whom he married while in prison, called the trial "political" and said the court had already made up its mind against her client. She has argued that evidence against him was fabricated, dug up from dustyr secret service archives.

Also being judged in absentia at the trial, which runs until mid-December, are three co-defendants, two of whom are fugitives and one of whom is serving a prison sentence in Germany.

Prosecutors say the attacks on a Paris street, on a train and in a station were intended by Ramirez to send a signal to authorities who had earlier arrested two of his cohorts.

With a heavy toll of dead and wounded, they yielded a long list of civil parties. It took the presiding judge nearly 20 minutes to read out their names and determine whether they were in court. Only a handful were; some had died in the interim.

"We are hoping Carlos won't be arrogant and will have at least a minimum of respect for the victims," Philippe Rouault, a victim whose arm was nearly ripped off in an explosion, told reporters before the proceedings.

"We know he likes to have his show, but we hope that he will be humble and respectful," he said.