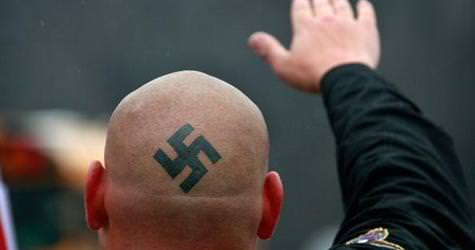 While police in Germany are investigating links between a neo-Nazi group that murdered nine Turkish and Greek immigrants, and a far-right party with representatives in two state assemblies, attacks continue on the nation's immigrants.

On November 28th, two Turks that were visiting a market set up for Christmas in Dortmund were attacked by neo-Nazis. A six-person group of neo-Nazis attacked a 17-year-old of Turkish heritage, his 16-year-old friend tried to help however the attackers hit him in the back of the head with a bottle of Votka. He later had to get stitches in his head. The two victims also suffered broken noses, burst lips and contusions all over their bodies. The victims said the perpetrators kicked them 'to death' and hailed curses on them and called them 'Dirty Turks'.

Germany has more than 400 police and prosecutors looking into how the "National Socialist Underground" could have stayed undetected until last month, when two members were found dead in a burnt-out mobile home and a third handed herself in to police.

The head of Germany's crime squad, Joerg Ziercke, said the arrest this week of a 35-year-old man in Jena in east Germany where the cell was based indicated a link to the anti-immigrant National Democratic Party (NPD).

The man was a senior NPD official in the state of Thuringia.

"I am convinced we will find further links to the NPD," he told a news conference. "But it is up to politicians to decide what to do with the evidence found in our inquiries, that is not our job."

German police are embarrassed that the NSU could have escaped detection for so long despite carrying out 10 murders between 2000 and 2007.

Chancellor Angela Merkel has called the NSU's existence "a disgrace". Turkey has called on Germany to take seriously the racist threat to the 3 million Turks living here.

The German intelligence agency describes the NPD as racist, anti-Semitic and inspired by the Nazis. Its local election campaigns blame immigrants for crime and unemployment and its supporters are mostly unemployed young men with little education in depressed areas of the east.

One attempt to ban the NPD failed in 2003 after witnesses were exposed as intelligence agency informants.