Erdoğan comes in first for ‘Person of the Year’ poll 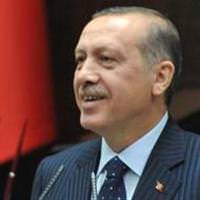 Time's annual poll to determine readers' picks for 'Person of the Year' has come to a close. Prime Minister Erdoğan came in first as most popular with 122,931 votes. Erdoğan was followed by famous footballer Lionel Messi with 74,415 votes with 'The 99%' coming in third with 61,388 votes.

'The 99%' also made both lists, coming in third for 'most popular' and sixth for 'least popular'.