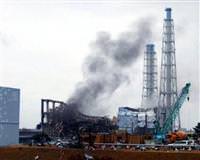 Decommissioning Fukushima Daiichi nuclear power plant will take three or four decades, Japan's government said on Wednesday as it unveiled plans for the next phase of a huge and costly cleanup of the tsunami-wrecked complex.

The plant, 240 km (150 miles) northeast of Tokyo, was destroyed on March 11 by a huge earthquake and a towering tsunami which knocked out its cooling systems, triggering meltdowns, radiation leaks and mass evacuations.

After months of efforts the government said last week that the reactors, in operation since the 1970s, were in a state of cold shutdown, signaling it was ready to move to a longer-term phase to eventually decommission the plant.

In the next cleanup "road map" revealed on Wednesday, removal of spent fuel from the facility will begin within the next two years, the government said, with removal of melted fuel debris from the damaged reactors starting within 10 years.

It said all kinds of technologies must still be developed before the plant can be scrapped in 30 to 40 years.

"The period of time it would take to decommission the plant should not have a direct bearing on when the evacuees will be allowed to return home," Trade Minister Yukio Edano, who oversees energy policy, told reporters.

About 80,000 people were evacuated from within a 20 km (12 mile) radius of the plant soon after the March disaster but some of them may be allowed to return as early as next spring now the cold shutdown has been declared.

Edano said the total cost of the cleanup was unclear.

"It's hard to estimate the cost of the plant cleanup at this stage," he said.

"We may at some point draw a clearer cost estimate but it would be difficult to make estimates of something four decades down the line in just one or two years from now."

An official advisory panel has estimated it may cost about 1.15 trillion yen ($15 billion) to decommission the plant, though some experts put it at 4 trillion yen or even more.

"The cost of the cleanup will be vast, and Tepco should naturally shoulder the cost," Edano said, referring to plant operator Tokyo Electric Power Co.

The huge compensation payments and cleanup costs saddling Tepco could endanger its position as an independent firm as the stricken utility may need huge injections of public cash.

The government plans to take a stake of more than two-thirds in Tepco in a de facto nationalization of the utility, the Yomiuri newspaper said on Wednesday.

The utility said it could be another eight years or so until it can check what it is like inside the crippled reactors.

"The most technically challenging issue is removing the fuel debris from the reactor core ... To do so, we will need to develop quite a bit of technology in all fields," Tepco official Kazuhiro Takei told a news conference.

No one knows the exact state of the nuclear fuel in each reactor. Experts say the fuel rods have melted and dropped to the bottom of the vessels.

The cleanup road map unveiled on Wednesday is for the Daiichi plant alone, with a massive cleanup also needed outside the complex if residents are to be allowed to go home.

The Environment Ministry says about 2,400 square km (930 square miles) of land around the plant may need to be decontaminated, an area roughly the size of Luxembourg.

Doubts also linger about whether the cold shutdown announcement was too hasty and media voiced doubts over whether the reactors and their contamination have really been contained.