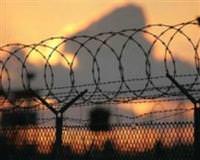 Syria's northern border with Turkey has been a regular crossing point for army defectors supporting the nine-month revolt against President Bashar al-Assad.

"Special forces were able to kill and wound several gunmen and seized some weapons, ammunitions, army uniforms, communication tools and fake identity cards," SANA said, but it did not give a specific casualty count.