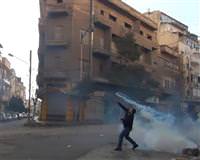 Arab League monitors checking if Syria is ending a military crackdown on popular unrest said they saw "nothing frightening" in an initial visit to the protest hotbed of Homs, although a longer investigation would be needed.

Given the brief and limited nature of the monitors' tour on Tuesday, the comment by their chief may alarm opposition activists who fear the mission could end up cloaking Damascus in respectability, whitewashing President Bashar al-Assad's record.

The British-based Syrian Observatory for Human Rights said security forces killed 15 people across the country Tuesday, six of them in Homs. It said 34 were killed the day before.

"Some places looked a bit of a mess but there was nothing frightening," Sudanese General Mustafa Dabi, chief of the monitoring contingent, told Reuters by telephone from Damascus.

"The situation seemed reassuring so far," he said on Wednesday after his team's foray into the city of one million people, the epicenter of anti-Assad upheaval inspired by the fall of several other Arab autocrats in uprisings this year.

"Yesterday was quiet and there were no clashes. We did not see tanks but we did see some armored vehicles. But remember this was only the first day and it will need investigation. We have 20 people who will be there for a long time."

Syria's Addounia television quoted Dabi as saying "Yes...we saw gunmen in the city of Homs." It gave no further details.

Monitors were to pay a second visit to Homs Wednesday and also go for the first time to the city of Hama, another hotspot of unrest, the Idlib region on the northwest border with Turkey where anti-Assad insurgents have battled security forces, and Deraa in the south, the cradle of the nine-month-old revolt.

Activists say about a third of the estimated 5,000 people killed in unrest in Syria since March died in Homs. Dozens have been killed in the past week alone and thousands arrested in the months before the 22-state Arab League was invited in.
Assad says he is fighting an insurgency by armed terrorists who have killed 2,000 soldiers and police.

State television Wednesday flashed news that Syria has freed 755 people detained in the unrest "whose hands were not stained with Syrian blood." Releasing detainees is part of Assad's pact with the Arab League to defuse the crisis.

But there are still 15,000 Syrians in detention, according to Amnesty International.

Dabi led the first group of monitors to Homs escorted by Syrian authorities. They were shown destruction in the district of Baba Amr, where tanks fired into residential areas the day before, according to amateur video recorded by activists.

Video reports, which cannot be independently verified, have shown parts of Homs looking like a war zone. Constant machinegun and sniper fire is audible and corpses are mangled by blasts.

International journalists are mostly barred from Syria, making it difficult to confirm accounts from conflict zones.

Homs residents were dissatisfied with the monitors' visit.

"I felt they didn't really acknowledge what they'd seen--maybe they had orders not to show sympathy. But they didn't seem enthusiastic about hearing people tell their stories," said Baba Amr resident and activist Omar.
"We felt like we were shouting into a void. We placed our hopes in the entire Arab League. But these monitors don't seem to understand how the regime works, they don't seem interested in the suffering and death people have faced."

Activists said they showed monitors buildings riddled with bullets and mortar rounds and pointed out what they said were tanks but only had two hours to give them a tour. Dabi said his team did not see tanks but they did see some armored vehicles.

The monitors represent the first international intervention on the ground in Syria since the revolt began. Protesters hope what they report will nudge the world into action against Assad.

But the very choice of the Sudanese general to head the League mission has dismayed activists, who note Sudan's own defiance of a war crimes tribunal over the Darfur conflict.

The Arab League says Dabi has military and diplomatic expertise needed to lead its unprecedented intervention in the internal crisis of a member state.

But international human rights activists critical of Sudan's government say it is all but impossible to imagine a Sudanese general involved in Darfur ever recommending intervention to halt human rights abuses in a fellow Arab country.

The State Department condemned an escalation of violence in Homs before the monitors' deployment.

"We have seen horrific pictures of indiscriminate fire, including by heavy tank guns, and heard reports of dozens of deaths, thousands of arrests, as well as beatings of peaceful protesters," spokesman Mark Toner said.
If monitors were impeded "the international community will consider other means," Toner said.

Russia also urged that the monitors be given unfettered access to people and places worst affected by Assad's crackdown.

Emboldened by the observers' first visit, about 70,000 Homs protesters marched toward the city center Tuesday, where security forces fired shots and teargas at them, activists said.

The army pulled some tanks out before the monitors arrived, in what the activists called a ploy to show the city was calm.

"We want international protection!" residents shouted at the monitors in a video posted on YouTube.

Western powers have shown no desire to intervene militarily in a volatile region of Middle East conflict. The U.N. Security Council is split, with Russia and China against interference.

Assad's opponents appear split on aims and tactics. He has strong support in major areas, including Damascus and the second city Aleppo, and maintains an anti-Israel alliance with Iran.