Hundreds of thousands take to streets in Syria 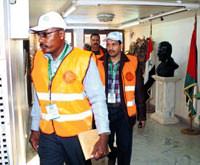 Syrian security forces used tear gas on Friday to disperse protesters as hundreds of thousands massed in cities across the country in some of the largest protests seen in the nine-month uprising against President Bashar al-Assad. According to the information obtained 38 people were killed in the demonstrations.

Activists said they were aiming to show Arab League monitors the level of popular dissent. The observers arrived in Syria this week to assess whether Damascus had halted violence against protesters. According to information obtained 38 people were killed in the demonstrations, bringing the total death count over the past three days to 140..