"The PKK is also Europe’s problem" 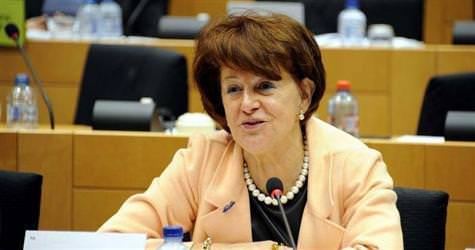 The European Parliament has held their first session on Turkey’s annual progress report.

The draft, prepared by the EP's Dutch Christian Democrats Group Member Ria Oomen-Ruijten was discussed by the EP Foreign Affairs Commission. While the majority of parliamentarians found the report to be 'balanced', it is anticipated that there may be up to 400 amendment proposals.


European Parliament MP's expressed their unease at the report prepared on CHP Chairman Kemal Kılıçdaroğlu regarding lifting his immunity, which he has also requested, and underlined the necessity for judicial reform and a civilian constitution. Meanwhile, the draft report condemns the PKK terrorist organization and requests European Nations collaborate with Turkey on this issue.

While the European Parliament's Turkey Rapporteur Ria Oomen-Ruijten responded to the commission's criticism and comments, in regards to the issue, she stated, "The PKK is a terrorist organization. This problem does not solely involve Turkey. At the same time it also closely affects Europe, because, the PKK's sources of funds are provided from European Union nations. Human trafficking, drug trade and arms smuggling are all conducted for this purpose. The EU cannot leave Turkey on its own in the struggle against terrorism."

Answering questions for the Turkish press following the meeting, Oomen-Ruijten refrained from commenting on the ruling by Denmark's justice system to not shut down Roj TV, which has been recorded to have connections to the PKK. The draft report, which requests a political solution be reached on the Kurdish issue, also emphasizes the need for all political parties, including BDP, to distance themselves from the terrorist organization. Expressing her concern at the number of KCK arrests, the EP rapporteur also offered up the criticism that thoughts and expressions are penalized in Turkey.

Oomen-Ruijten also touched upon the positive areas found by the European Commission, ''We have an agreement made with Turkey in 2004. We are trying to portray the picture of how much Turkey has adapted to the Copenhagen criteria in our annual reports. A number of nations that experienced the Arab Spring look to the democratization in Turkey with envy. However, when we look from a European perspective we see that there are still steps to be taken for further democratization in Turkey. Turkey and the EU need to work together."

A REACTION TO FRANCE FROM A EUROPEAN LIBERAL LEADER

European Parliamentarian and Leader of the Liberal Group in Parliament drew attention to the fact that a promise was made to Turkey 50 years ago and expressed that he does not side with claims that Turkey has experienced a shift in axis, however also stated that if that were the case it would not come as a surprise. Emphasizing the need to support Turkey during the membership process, Watson also criticized France's approach towards criminalizing the denial of Armenian allegations by stating it was not 'a positive sign'.

Emine Bozkurt, the AP's Turkey rapporteur on women' rights and gender equality noted that she found Turkey's draft report to be balanced and expressed her pleasure that next week they would be handling the need for work on the constitution to gain speed and for readjustments on shortening periods of detainment. Bozkurt criticized the report on Kılıçdaroğlu by stating, "The objective should not be to silence the opposition."
The EP's Turkey progress report, following the inclusion of the amendment proposals, is expected to be passed by a vote at the Plenary Session held in Strasbourg in March.