"We would support intervention in Syria" 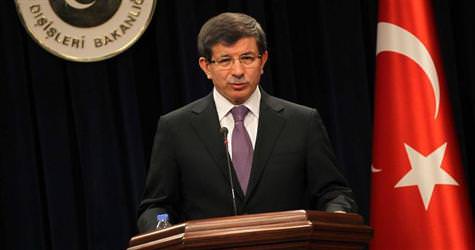 Speaking on the El Arabiya television station, Foreign Affairs Minister Davutoğlu announced that if the Arab League is unable to solve the crisis in Syria and should a UN intervention be brought to the table, Turkey would offer its support.

During an interview on the Saudi El Arabiya television station, Foreign Affairs Minister Ahmet Davutoğlu emphasized that the time for change in Syria has arrived.


Noting that they want this change to be realized as soon as possible, Davutoğlu stated, "We do not want to see any more of our Syrian brothers' lives lost."

Davutoğlu reminded that Turkey supported the U.N. intervention in Iraq following Saddam Hussein's 1988 Kurdish massacre, and stated, "If we are to discuss the hierarchy of values, then human life is the highest value there is." Davutoğlu stated that he is against the qualification of the events unfolding in Syria as being sectarian strife and stated that the tension currently experienced in the nation is the result of the rising voice of the public demanding their basic rights and freedoms from an authoritarian regime.
Davutoğlu also added, "Heated issues there could quickly transform into sectarian conflict."

ISSUING SANCTIONS ON IRAN IS NOT A SOLUTION