The Turk who had Greece convicted 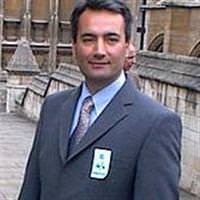 A Turk, who was sodomized by coast guard police with a night stick while in custody in Greece, has won a case filed with ECHR.

The European Court of Human Rights (ECHR) has convicted Greece in a case filed by Turkish national Necati Zontul who was taken into custody in Crete in 2001 for illegally entering the country.


Greek media has announced that the case filed by Zontul against Greece has concluded to Zontul's favor. In 2001, Zontul was detained in Crete for illegally entering the country along with 164 other fugitive immigrants. While in custody Zontul was supposedly raped with a night stick by coast guard police. In 2003, Zontul applied to the ECHR via an ombudsman to file the case against Greece.

According to Greek news sources, the ECHR ruling charges Greece with violating the articles on torture and poor treatment European as dictated by the European Convention on Human Rights. Articles state that Greece has been sentenced to pay 50,000 Euros in compensation.

According to the news reports, the police officer claimed to have sodomized Zontul was also charged in Greek criminal courts and sentenced to pay 792 Euros in fines for 'violating sexual dignity'.