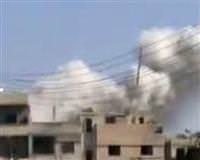 The following is a February 4th, 2012, Press Release Regarding the UN Security Council Being Unable to reach a Decision on Syria.

In an environment where the violence inflicted upon the civilian population by the regime in Syria has reached the scale of mass murder and the number of lives that are being taken daily by the regime is pronounced by hundreds, we deplore that the draft resolution on Syria which was on the agenda of the UN Security Council has been vetoed for a second time by two votes against versus 13 votes in favour.

It disappoints us even further that the fact of this point has been reached despite all the conciliatory efforts following the failed process last October which was also due to yet another two votes against. It is extremely difficult to comprehend why this constructive resolution which was co-sponsored also by Turkey and contained no more than the general support to the efforts of the Arab League has been rejected.

The veto power possessed by the permanent members of the UN Security Council also comes with a serious responsibility.

The stage that has been reached by the regime's suppressing the desire of the Syrian people for universal values such as democracy, freedom, human rights and the rule of law with the use of guns, violence and mass executions has acquired a threatening nature in which the international peace and security is at risk.

Despite the primary responsibility of the UN Security Council is to protect international peace and security, we deplore the fact that it is unable to fulfill this responsibility due to the vetoes in question.

In view of the gravity of the situation in Syria, the consequences and the messages conveyed by the non-existence of a resolution must be carefully calculated. However, the rejection of this resolution must never constitute a pretext for the Syrian administration to add new mistakes to the existing ones.

At this juncture, what needs to be done is not to stand against the Syrian people's legitimate rights and demands, but to promptly initiate a peaceful transformation process.

We wish that this mistake would be corrected as soon as possible and the international community as a whole would stand with the Syrian people and be on the right side of history at these challenges being faced in Syria.
Last Update: Feb 06, 2012 9:30 pm