‘Friends of Syria’ Group brings together 69 joint voices in Tunisia 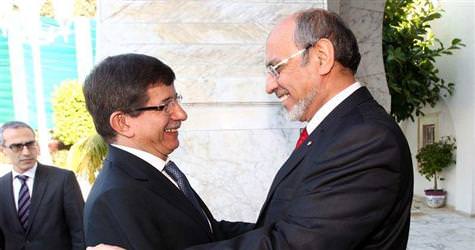 Representatives from 69 different nations met yesterday in Tunisia for a ‘Friends of Syria Group’ meeting which resulted in the release of a joint memorandum. The group’s second summit will be held in Turkey in March.

What started as an intention to gather the international community to find a solution to the unfolding tragedy in Syria following Russia and China's U.N. veto, resulted in the first meeting of the Friends of Syria group meeting yesterday which was held in Tunisia and attended by 69 foreign affairs ministers and representatives from eight international organizations.

During yesterday's meeting in Tunisia, Foreign Affairs Minister Ahmet Davutoğlu called on the United Nations as well as Damascus for humanitarian aid to reach people in need and for a fast political transitional period to be initiated. The nations that participated in yesterday's meeting also decided to recognize the Syrian National Council as "one of the Syrian public's representatives."

FIRST ISTANBUL, THEN PARIS
The next 'Friends of Syria Group' meeting will be held in Istanbul in March.
If the Assad administration does not take a step back by the time this meeting is held, then the National Council will most likely be named as the 'sole Syrian representative'. The next successive meeting will be held in France.
The memorandum released from yesterday's meeting contained the following items:
1-The request was made for a comprehensive political transitional period to take place in Syria.
2- A call was reiterated for the National Council to establish a government and for Assad to collaborate with the opposition.


3- At the meeting, the UN was requested to collaborate further to provide humanitarian aid and for Damascus to provide access for aid to be brought in.
4- Deliberations on establishing a UN Peace Force and an air corridor continued until the end of the meeting.
5- The Syrian National Council was recognized as a representative of the Syrian public; however political relations with Assad were not put on hold.
6-In the call made to the Syrian administration, it was stated that as soon as there is a ceasefire, humanitarian aid will be brought in. Davutoğlu also opened the door to the potential of establishing an air corridor by stating, "While this humanitarian tragedy ensures other alternatives may be brought to the table."