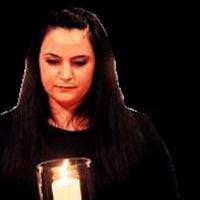 Amongst the 1,240 German Federal Council members to vote in the March 18th elections are a number of Turkish nationals whose families were victims of Neo-Nazi terrorism.

This March 18th, 2012 presidential election in Germany will have a significant number of Turkish delegates participating in the vote. Amongst those Turkish delegates, most of which are politicians, Mevlüde Genç and Gamze Kubaşık stand out for a whole other reason.


Mevlüde Genç the North Ren Vestfalya (NRW) delegate from the Christian Democratic Party (CDU) was a victim of the Solingen arson attack of 1993 in which she lost five members of her family to a fire in her home, which was started by racists. Since then, despite her pain and suffering, Genç has gone on to advocate understanding and friendship between Turks and Germans and has been awarded for her efforts and a scholarship is offered in her name.

Gamze Kubaşık, the Green Party's NRW state delegate will also be voting in the upcoming presidential elections. Kubaşık's father Mehmet Kubaşık, was a victim of Nazi terrorism in 2006. Mehmet Kubaşık was one of the many Turkish merchants who were murdered by a Neo-Nazi terrorist organization, an incident that is sometimes referred to as the 'Döner Murders'. His daughter Gamze Kubaşık, who like Mevlüde Genç, has been advocating understanding and friendship ever since.