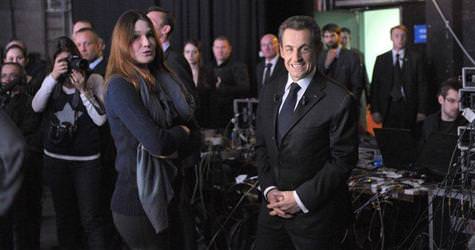 French President Nicolas Sarkozy has announced that if he loses the upcoming elections, held in April and May, he will bow out of active politics.

Sarkozy was answering questions on a radio program when he said that if he is not reelected he will give up active politics and will move on to do something else.

"I don't know exactly what I will do," states Sarkozy, however I am 56 years old and I have been in politics for 35 years. I may return to my previous profession as an attorney."

When asked what she wanted her husband to do after the presidency, and whether or not he should become a minister or mayor if he is not reelected, Bruni expressed concern for her husband's health. "No, he will definitely give up politics. Because when he works he gives himself completely to his job. He works for 20 out of 24 hours. The rhythm of his political life scares me. I am frightened he is going to die."