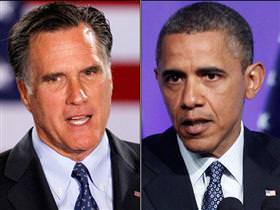 Research conducted in the United States shows that despite constituting a small minority of the population, American Muslims may be the voting bloc to have the swing vote in the upcoming presidential election.

The report released by the Detroit based think tank "Institute for Social Policy and Understanding (ISPU)", focusing on voter turnout amongst the Muslim population could be the key swing vote in the presidential election in states such as Michigan, Ohio, Virginia, Pennsylvania and Florida.

According to the study authored by ISPU director Ferid Senzai, and considered the most comprehensive study prepared on political tendencies of Muslims in the United States, looks into the tendencies of voters in the key swing state of Florida, from the year 2000. The report recalls how in the historical 2000 elections, the small vote difference in the hundreds resulted in pushing Republican candidate George W. Bush into the presidency. In both the 2004 and 2008 elections the point difference between the Republicans and Democrats was just two points.

The report states that in Florida, where approximately 60,000 Muslim voters voted for Republican candidate Bush in the 2000 election, the situation has changed and with the numbers of Muslim voters reaching the 124,000 level, the voting bloc could be the determining factor in the next election.
The ISPU report also warns that the Islamophobia scare tactic which surfaced following September 11th, could backfire with high stakes especially in swing vote states. "Therefore, anyone who identifies as a Muslim at any level will move closer to a group consciousness that will orient the Muslim vote toward the party that seeks to empower this group," he wrote.

The report goes on to state, "American Muslims are invested in the United States, increasingly engaged in its political process, and have a real stake in its future. As second- and third-generation immigrant Muslims mature and reach voting age, the community is becoming far more sophisticated in its effort to bring about political change." The report concludes by calling on the Democratic and Republican parties to pay heed to the significant voting bloc and to be in direct contact with American Muslims."