The Greeks are afraid 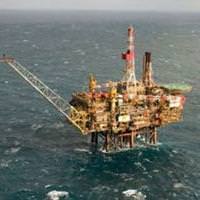 The Greek press has begun to panic due to TPAO's announcement they have begun drilling for oil and gas.

According to Greek Cyprus' Fileleftheros newspaper, the area where Turkish Petroleum Corporation (TPAO) has begun to conduct exploratory drilling for gas and oil in the Eastern Mediterranean conflicts with the area announced by the Greek Cypriot administration to be their one-sided ''Exclusive Economic Zone'.

Fileleftheros newspaper draws on the April 27th Official Gazette released in Turkey, in stating that TPAO has been granted a license to 'explore for oil' offshore in the stretch between Rhodes and Cyprus. The article states that according to maps printed in the official gazette released in Turkey, the areas where TPAO intends to conduct exploration in the Mediterranean conflicts with the Greek administration's self-announced Exclusive Economic Zone's parcels 1,4,5,6 and 7 and stretches all the way to Rhodes.

Meanwhile, Stefanus Stefanu, spokesman for the Greek administration also reacted to licenses being granted to TPAO for oil exploration by stating, they have "made every sort of attempt to defend their sovereign rights." Speaking on a Greek radio station, Stefanu stated that the fact that a license was granted to Turkey to conduct exploration in areas that conflict with the Greek administration's so-called, Exclusive Economic Zone is what he calls, "a violation of both international and maritime law".