U.S. Congress on a Turkish ‘shift’ 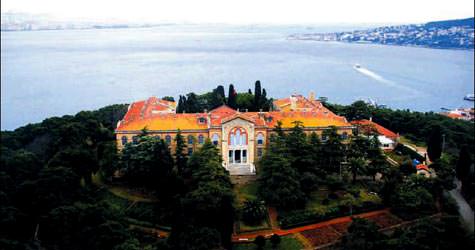 While the Senate is being introduced to a resolution on the fight against the PKK terrorist organization, the U.S. House of Representatives will be discussing the opening of a Greek seminary on Heybeliada and the Cyprus issue.

The U.S. Congress is pretty much on a 'Turkey shift' at the moment as a number of resolutions involving Turkey are currently some of the top items being discussed. A strongly supported resolution on the fight against the PKK terrorist organization was introduced to the Senate, while the U.S. House of Representatives is discussing the reopening of the Heybeliada Halki Seminary and deliberating the Cyprus Issue.

Arizona Senator and the 2008 Republican Presidential candidate John McCain, Independent Senator and the Democratic Vice-President candidate for the 2000 elections Joe Lieberman, Democratic Party New Hampshire Senator Jeanne Shaheen and Republican Party Florida Senator Marco Rubiave introduced the resolution, which condemns the PKK terrorist organization and calls for effective cooperation with Turkey to ensure the PKK lay down their weapons, renounce violence and engage in peaceful dialogue with the Turkish government. The resolution also calls for the PKK to be recognized as a terrorist organization by all responsible nations. The resolution also included criticism of nations Sweden, Denmark and Norway for permitting PKK affiliated television stations to operate.


Meanwhile, a resolution calling on Turkey to unconditionally reopen the Heybeliada Halki Seminary was approved by the U.S. House of Representatives Foreign Affairs Committee. The resolution, which was submitted by the Republican Party's Florida representative Gus Bilirakis, was passed by a committee of 12 representatives, none of which contested. The fact that Turkey has taken positive steps in regards to religious freedom was also brought up during deliberations on the resolution.

Another resolution, introduced by the Democratic Party's New York representative Elliot Engel and Gus Bilirakis deals with the Cyprus issue. The resolution accuses Turkey of illegally colonizing Cyprus by bringing in a non-Cypriot population to the island.