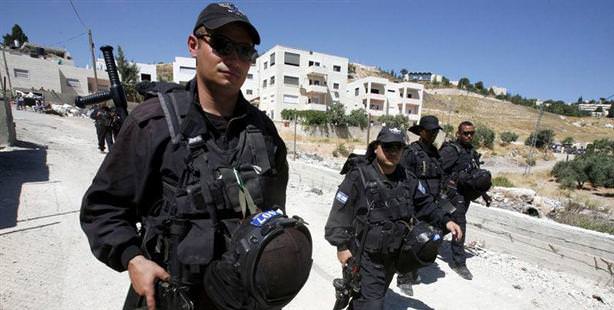 A new video has surfaced which depicts the exceptionally poor behavior of Israeli soldiers towards the Palestinians in occupied land.

The video, which is just one of many, shows soldiers beating a young man in Al-Khalil while he was being made to go through an identification check.

The footage captured by human rights organization B'tselem and released on the internet shows the soldier proceeding to push the Palestinian into the street, where he begins following him. Then, the Israeli soldier starts pestering the young Palestinian against a wall. The Palestinian's face was seen covered with blood. The soldier continued to follow the young man who he later handcuffed and place in a military vehicle. The Palestinian was released shortly after; however he has had to receive hospital treatment due to a broken nose.