Opposition: We will not allow division or a Kurdish state in Syria 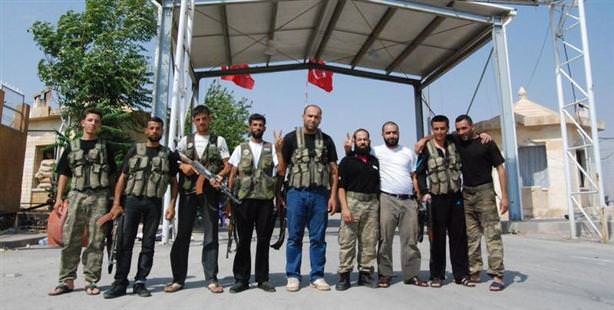 Having taken over control of Kilis, the Free Syrian Army is now trying to erase the traces of conflict at the Essalame Border Gate.

A well-numbered group of opposition members are taking shifts in securing the border. As they follow developments in the rest of the country from television reports, hearing speculation that a Kurdish state may develop in the northern portion of the country has resulted in outrage.

According to Tarık Hacule, a Free Syrian Army member in charge of Azaz, says there is no way they will allow for something like this to transpire. In reaction to the PKK, Hacule states,"We will not continue on this path with those Kurds attempting to establish a division or separation in the nation."

Haziz İzem, another opposition member of the Free Syrian Army states, "Syria is one nation, and enough for all of us. We will not allow for a Kurdish or Christian state here," says İzem.