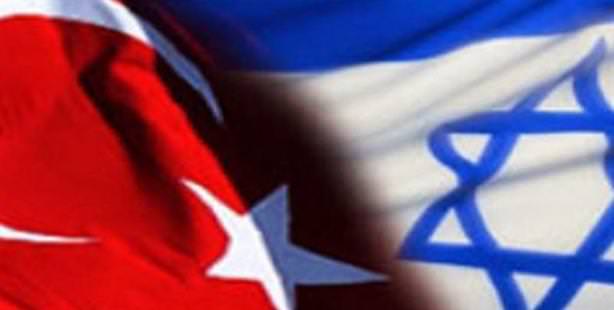 In an announcement made to sabah.com.tr, Israeli Deputy Minister of Development Ayoob Kara stated, “Not only could Turkey become the leader of the Middle East, but it could also become the world’s leading nation.” Kara also referred to Erdoğan as being the “greatest state leader since Atatürk.”

"In the past, Turkey and Israel were two nations that had very friendly relations. These two nations need to resume that extremely significant relationship from where it left off. Turkey and Israel are not nations that pose a danger to one another. There are nations in the Middle East that truly pose a danger for both Turkey and Israel, for example; Syria. When it comes to the issue of Syria, both nations maintain the same policy. Then again, we didn't have a close relationship with the Syrian administration which went way back. However this is a humane issue and as Israel we want to help the Syrian public and do all that we can. I am conducting certain efforts along the Jordanian border to this effect."

"Turkey is one of the most democratic and liberal nations in the region. Israel's Deputy Prime Minister Shaul Mofaz referred to Turkey as a super power. I know that Turkey is a super power and I will not simply settle with stating this. As long as Turkey continues as it is it will not only rise to become a leader of the region, but it will also be in the position of a leading nation for the world, because, Turkey has that potential.
A lot has been lost ever since Turkish and Israeli relations have deteriorated. It is hard to say which side has lost out the most. I also think it's wrong to try to seek out who has lost the most. Turkey is now in Europe's sights as well as in America's. That is because Turkey is a nation that is followed all over the world.

I have a lot of respect for Prime Minister Recep Tayyip Erdoğan. I think that he is the greatest Turkish state leader since Atatürk. I am also of Turkish heritage, my family has a 500 year history with Turkey. My name is Ayoob Kara. You know the meaning of kara, it is a Turkish word that means black."

'ISRAEL IS ABSOLUTELY NOT ISOLATED IN THE REGION'

"Mubarak was overthrown in Egypt and relations with Turkey have deteriorated. When putting these two situations side by side, comments were made that Israel has become isolated in the region. However, this is definitely not accurate. We do not want to repair ties with Turkey because we feel isolated. We know that repairing ties with Turkey will be to everyone's advantage."

'WE DO NOT WANT PROBLEMS WITH EGYPT'

When it comes to Israel's situation in the region… There is a new administration in Egypt. It also appears that the administration in Syria will undergo a transition. Russia is on the verge of withdrawing support, which just leaves Iran. When it comes to Syria we stand with Turkey. We also do not want to face issues with Egypt. However, it must also not be forgotten that Israel is a catalyst nation in this region. In other words, those who attack Israel become popular. I think these sorts of policies need to be disregarded."

This is a translation of an article originally written by Taha Dağlı.