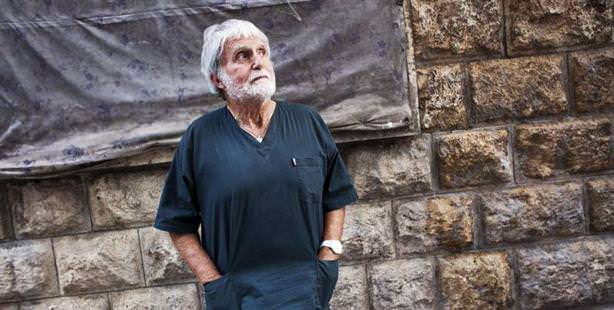 Working undercover in Aleppo, French surgeon Jacques Beres says the death toll from the conflict in Syria is at least 50,000.

French surgeon Jacques Beres has been working in a secret location in Aleppo on behalf of the Paris based Doctors Without Borders. He says the death toll from over the past 18 months since the revolt began is at least 50,000.Speaking to French news agency AFP, Beres notes that figure does not include those who have disappeared.

Beres, who has been working in war-torn zones for almost 40 years now, says that the actual loss of lives is much higher than official death tolls claim. "I am sure that the dead that I have here have not been recorded." Beres explains that he has been treating approximately 45 patients a day since arriving to Aleppo and the average death toll daily has been six. However, says Beres, these are solely the statistics from one small hospital.

Beres says it is "shameful" that a no-fly zone has not yet been set up. "It is an incredible massacre and is a very asymmetric conflict," says Beres explaining that in May, Bashar Assad's forces intentionally targeted pharmacies and medical centers in Idlib, where he served to assist the wounded. The surgeon and co-founder of Doctors Without Borders says that he felt going to Syria, despite the serious risk, was "a humanitarian duty". Seventy-one year-old Jacques Beres was working in Paris when he was asked by opposition forces to come to Syria, which he did so by crossing over Lebanon. Beres has served in almost every major war-torn nation spanning from Vietnam, to Ruanda, Iraq and Libya. Meanwhile, 66 people were killed in operations staged by the Syrian regime forces yesterday.

'NATO IS READY TO PROTECT TURKEY'

NATO Secretary-General Anders Fogh Rasmussen told Reuters thatNATO is prepared to take all necessary steps to protect Turkey as a fellow member and it is because of that fact they are closely following developments in Syria. Meanwhile, Syrian State Leader Bashar Assad met with Red Cross Chief Peter Maurer. In other news, Syrian Minister of Information Omran al-Zoubi recently said, "If anyone touches our national sovereignty, we will cut off his hands."