Assad’s plan to escape to Moscow 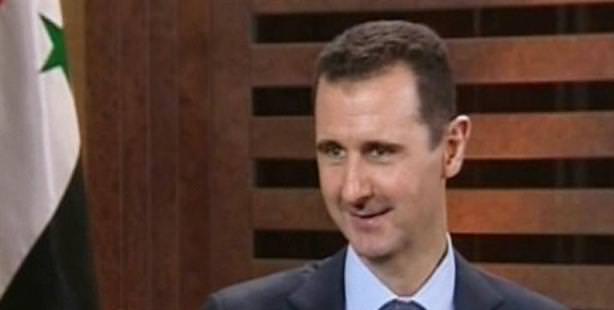 Journalist Abdullah Ömer, who recently walked away from his position at the Syrian Presidential Palace Information Bureau, alleges that Assad and other high-level officials are planning on moving to the Russian capital of Moscow with their families.

Speaking on the al-Gad television station, well-known for its affiliation with the Syrian opposition, Ömer stated, "Assad and other Syrian high-level officials are preparing to leave Syria to move to Moscow with their families within the next 60 days. Three hundred units in military buildings in Moscow are being set up for their arrival."

Ömer says he witnessed the planning of Assad and members of his administration and their families to desert the country numerous times, and states, "All of the preparations were made for Assad's gang to leave Syria. I suspect that during the escape process, the Syrian government may attempt to kill as many innocent Syrians as possible. My duty at the Palace was to track the Sunni community in the press." Ömer also said that there were a number of members of the regime that were in support of the public uprising in Syria.

''The two names that will be with Assad"

According to journalist Abdullah Ömer, who has served for a number of regime-affiliated institutions and who recently walked away from his position at the Presidential Palace Information Bureau only to announce he had joined the opposition; the President and a number of his leading officials are preparing to leave Syria. Supposedly, the Assad family will be staying in a special building in Moscow. During his escape, Assad will be joined by Colonel Nafi Hatum and Colonel Ahmed el-Ali.

Ömer says the Syrian regime supported and transferred millions of dollars to journalist Ghassan bin Jiddo the director of the Pan-Arab al –Mayadeen in order for him to manipulate the Arab public. Ömer says Jiddo is now serving as executive editor for a number of semi-official television stations, newspaper and web sites founded under the Assad regime's tutelage.

Abdullah Ömer explains that he broke away from the Syrian government with the assistance of the Free Syrian Army. Ömer has explained before that the media in Syria is controlled by the state and instead of reporting the truth; newspapers and televisions are disseminating information used to cover up the regime's crimes.